All sports fans like those stories of the “underdog” and it is nothing other than when a character has little chance of achieving success, but still, they do. Kurt Warner is an example of this, that is why his story will be made into a movie.

In case you do not know the story of Kurt Warner – you will know it in American Underdog– and without the desire to spoil the entire movie. The NFL QB struggled early in his career to have opportunities within the field, even from his time as a collegiate at the University of Northern Iowa.

From what we can see in the trailer, it is the story of how Kurt Warner dreamed of being a quarterback in the NFL, taking Joe Montana as an example.. Whoa, the complicated process as a QB in college without so many opportunities, so he had to work for them.

Later, he comes to the NFL for a test with the Green Bay Packers team, but that did not pay off for him. So he started working in a supermarket due to the lack of opportunities within the NFL, although he never gave up on being QB.

Until finally his time as the main QB of the Saint Louis Rams and the rest would be history. “American Underdog” about Kurt Warner will hit theaters on the December dates -Yes, on Christmas night- and without further ado, here we leave you the trailer so that you can convince yourself to open up a space and see it.

Who directs, writes and acts in ‘American Underdog’, the Kurt Warner story?

Kurt Warner’s story will be made into a film thanks to the direction of the Erwin brothers, known for making Christian films. This feature film was written by David Aaron Cohen, Jon Erwin and Jon GunnSo we can look forward to an epic story brought to the big screen that makes us want more than Christmas.

To play Kurt Warner, the actor who was chosen is Zachary Levi -best known for his role in the superhero movie Shazam-. Anna Paquin, winner of an Oscar and remembered for playing Rogue in X-Men, will be Brenda Warner, the wife of the QB.

Dennis Quaid, an actor known for these kinds of inspirational movie roles, will play Dick Vermeil, head coach of the Ramsas well as Chance Kelly, who plays Mike Martz, the Rams’ offensive coordinator in those years. 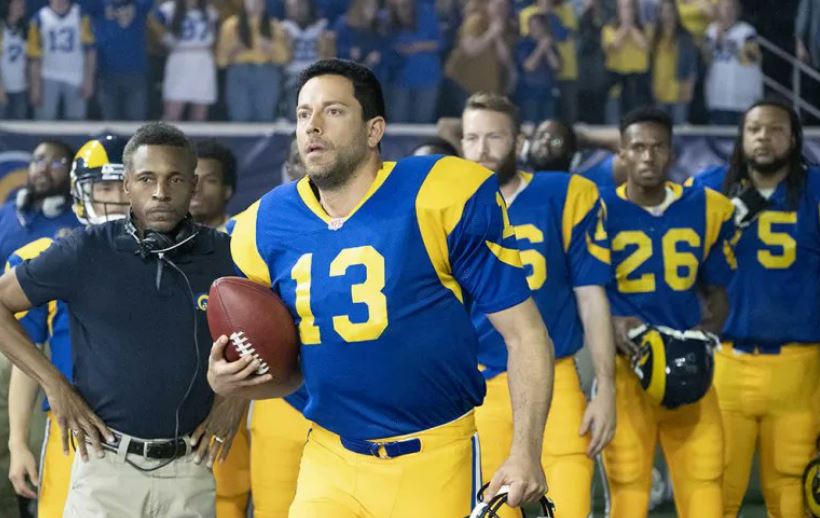