The singer-songwriter performed songs dedicated to the nature, memory and empowerment of indigenous women, inequality, discrimination, gender violence and patriarchy.

“As indigenous women, our indigenous peoples are deeply rooted, we are walkers and sowers,” the singer-songwriter told the audience.

Curruchich also dedicated time to reflect on the problems faced by indigenous peoples in Central America, indigenous women, to talk about the disappeared and love.

The American network MTV presented the Transform MIAW 2021 award to the Mayan singer-songwriter kaqchikel for her fight for gender equality and her contributions to make changes in the face of social problems in the region.

Curruchich was presented on March 7, 2020 in the Zócalo of Mexico City together with the Chilean Mon Laferte and the Chilean-French Anita Tijoux at the Festival for Gender Equity Tiempo Mujeres.

The 27-year-old Guatemalan has also performed in Los Angeles, USA, and has released two albums in her career: Somos and Ixoqui.

Eloísa Vaello, director of the Cultural Center of Spain, told Efe that the Guatemalan singer will also share the stage with six Salvadoran singer-songwriters who define themselves as indigenous, represent different areas of the country and who perform songs in Nahuatl.

After the meeting, a concert will be held at the National Theater in San Salvador, said the director of CCESV.

The meeting of singer-songwriters is part of a CCESV project that seeks to “strengthen and make visible” the indigenous culture of El Salvador. 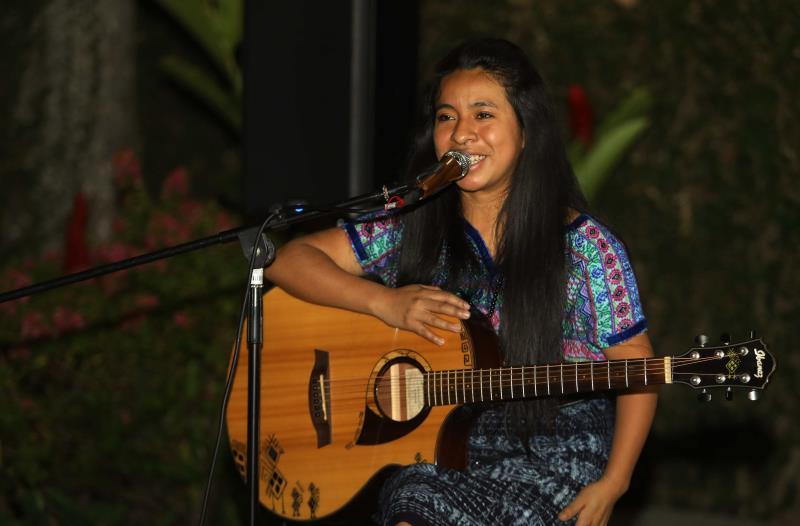