Always able to surprise his audience, actor Nicolas Cage will play Count Dracula in the next Universal spin-off, Renfield.

If the failure of The Mummy set the Dark Universe of Universal, Invisible Man’s more recent hit – modern replay of The invisible Man -, quickly re-encouraged the studio to dust off the other mythical monsters and creatures in its catalog. Director Derek Cianfrance replaced Leigh Whannell to stage the film Wolfman starring Ryan Gosling, while James Wan will produce a new adaptation of Van Helsing and that Karyn Kusama will be directing a new version of Dracula. But this last project is not the only one to revolve around the founding work of Bram Stoker, since the studio is also developing a spin-off on the count’s henchman, Renfield, which gave its name to the project.

What erase the memory of Dracula Untold?

In the 1897 novel, RM Renfield was being held in a mental hospital where doctors believed he was suffering from manic delusions that caused him to eat living creatures in hopes of becoming immortal, until the author revealed than the poor man was actually under the influence of Dracula, towards which he is docile, despite a few snatches of rebellion when he finds a few moments of lucidity.

This twisted relationship, this duality and this unequal balance of power will likely be auscultated in the spin-off, although no details of Ryan Ridley’s screenplay (based on an original story by Robert Kirkman) are yet known. Variety nevertheless clarified that the film was likely not to be period, preferring perhaps to take place nowadays, or at least in a contemporary period.

On the other hand, the casting continues to clarify. After Nicholas Hoult’s announcement (Mad Max : Fury Road, Skins, X-Men: The Beginning) in the lead role, The Hollywood Reporter reported that Nicolas Cage was going to have his canines lengthened to play Dracula (failing to have them pulled out, as for his role in Birdy). He will succeed the actors Luke Evans, Gary Oldman, Frank Langella and Christopher Lee.

Although the new adaptation should not have a huge budget – like the seven million dollars inInvisible Man -, the former bankable actor will approach Hollywood again after several years working for independent and smaller films, like his last feature film, the surprising thriller Pig. 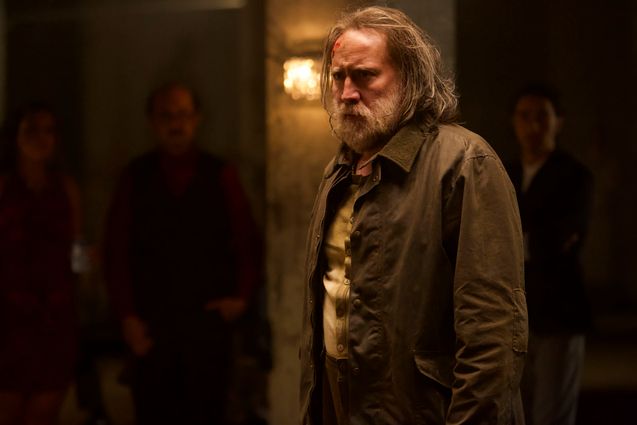 The film will be directed by Chris McKay (The Tomorrow War, The Lego Batman Movie 2), but no filming start or release date has yet been announced. Before they drink blood, audiences can reunite with the actor in his meta comedy The Unbearable Weight of Massive Talent where he will play his own role, but also in the western Butcher’s Crossing.