Apple, this year, continued a design that made a splash last year, and the iPhone 13 received some news, without being astonishing, by the way. By the way, at first glance, the iPhone 13 doesn’t stand out from the iPhone 12. On the first day of delivery of the new smartphone from Apple, the chosen model arrived: the iPhone 13 Pro Max. After four days with it, it already allowed us to draw some conclusions.

These first impressions are, above all, related to the battery, the ProMotion technology, video and photography, as in everything else there is not much difference, for now, compared to the previous one.

Year after year, we receive the new iPhone models that hit the market and we use them day-to-day like a smartphone that serves us. Last year, in our review of the iPhone 12 Pro Max, we highlighted some new features and its design, which was one of the most requested by the brand's followers. As is known, the iPhone 2020 was one of the best-selling smartphones ever and will continue to be, according to analysts, the best-selling ever.

This year, with the launch of the iPhone 13 family, we received the best model, the Pro Max, to see what it's worth. Now, at a glance, we already have a few things to show you.

The amateur and the professional user

It's true that we still don't see professionals in image, photography and video wielding a smartphone when they're covering an event, a football game or a wedding. We're not there yet, but it's been more. The quality of smartphones, of its group of cameras, is staying at a level that we may one day think will reach an acceptable level for the most PRO of photography.

So, in essence, Apple has launched two distinct lines: one for the everyday consumer and one for the "more professional". While all four phones feature crisp OLED screens, only those in the Pro 13 line have Apple's high refresh rate ProMotion technology, which makes sliding content look sharper and animations look smoother than on a regular screen .

Although Apple says that the four models (iPhone 13, iPhone 13 mini, iPhone 13 Pro and iPhone 13 Pro Max) have new processors, better battery and better cameras than their predecessors, only those in the 13 Pro line have access to the new macro photography mode. 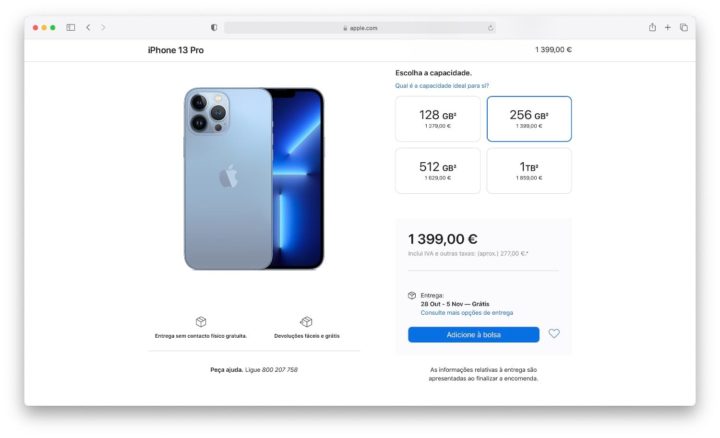 This mode, which was so requested (and has been around for a long time on some Android devices) allows you to take sharp photos of objects so close that it looks like you touched them with the camera lens. So the idea was to have the top of the range, the 256 GB Pro Max, which costs €1,399.

Apple only now has technology on the iPhone that refreshes the device's screen 120 times per second (120Hz refresh rate). Despite being a good news in this segment, Apple has been using this technology since 2017 on the iPad Pro. Therefore, it is not a novelty per se. Furthermore, this rate is variable, ranging from 10Hz to 120Hz.

As a result of this higher refresh rate, any movement we see on screen, whether we're on Facebook, Instagram, Safari or Twitter; play games like Mario Kart or Need for Speed; or simply swiping through the application pages, we will notice a greater smoothness. But calm down, this is nothing thunderous, by the way, if you're distracted you won't even notice, but it's there. 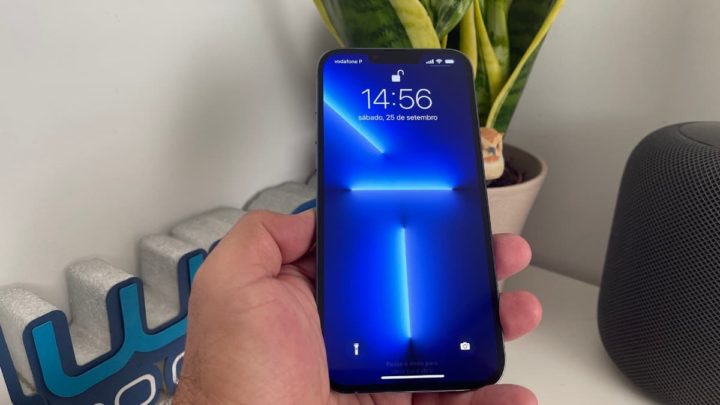 If in the past swiping the screen was very fluid, now it's better. When using, for example, Instagram or the Photos application, we will notice an improved fluidity. Anyone who already had an iPhone 11, or 12, the difference is not as noticeable as someone moving from an iPhone X, or XS, to an iPhone 13 Pro, for example.

In a sickle-cut way, is the reference that DisplayMate considered the screen of the iPhone 13 Pro Max as the best smartphone screen.

In the video above we placed the iPhone 13 Pro Max side by side on the left and the iPhone 12 Pro Max on the right. The test, in cold, was with the Pplware website. A site with many images, scripts, which loads the graphic contents asymmetrically. However, and despite noticing the greater fluidity of the screen with Pro Motion technology, it is not, in this case, very relevant.

Apple describes this feature as a result of a redesigned lens supported by a powerful autofocus system. So, with this new technology, the Ultra Wide Angle camera focuses from a distance of just 2 centimeters.

Yes, it's a novelty on the iPhone and without a doubt it will give more interest to those who like photography in all its details. The cameras are now better, capture more detail and require a firmer hand, but even here, the stabilization system is a valuable help.

If you're looking for an option that says Macro in the photography app, forget it. You don't need any of that. Just bring the iPhone closer and stabilize the detail you want to capture. Focus, shoot and gaze.

The example above is not the original, it went through a quality reduction process to serve as an example, as the original images are very heavy. It serves, above all, to see that this Macro mode works very well.

It will be one more way to take advantage of a really good camera set. It has already achieved, as we could see, the top places in a popular ranking that determines the best cameras in a fertile market in photographic quality.

The iPhone brings improvements to the TrueDepth image set. These new features allowed Apple to reduce the notch, something that bothers those who don't have an iPhone a lot and that goes unnoticed for those who use it on a daily basis. As, incidentally, happens to so many Android smartphone users.

This set is not just a camera and a sensor, it's much more than that. Therefore, space is required and not just a "little hole". The TrueDepth camera system includes:

Of course, Face ID is the star of this set. But behind the face ID is, in addition to the TrueDepth camera, the A15 Bionic processor.

As for the main cameras, which are positioned on the back of the iPhone, this year, they bring improvements to all lenses and sensors, and deliver the optical stabilizer across the entire range, from iPhone mini to iPhone Pro Max, unlike last year that only the iPhone 12 Pro Max had. 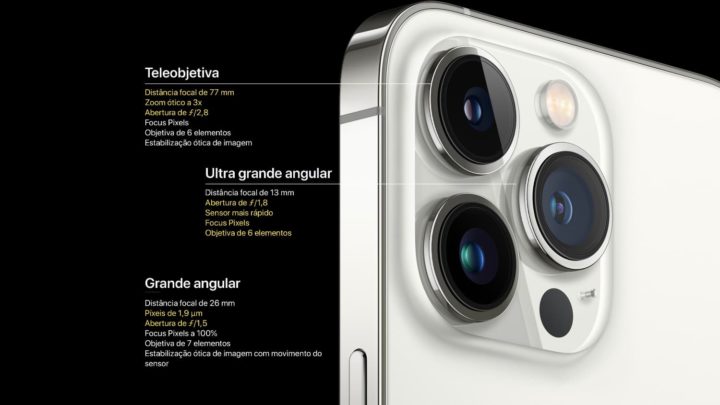 It should be noted that Apple has again devoted attention to photography taken in low-light conditions.

Now all models are equipped with Night Mode and undoubtedly the images are much better than in the past.

In addition to these new features, Apple also brought more quality to its zoom. It's true that there are equipment with 100x zoom, and even more, but the quality is very poor and it's more "argument" than usability, at least for now. However, there are smartphones with excellent optical zoom quality and even hybrid, without going into exaggeration. Apple this year took advantage of the new telephoto lens that has a focal length of 77mm and 3x optical zoom.

According to the company, this telephoto lens is ideal for taking classic portraits and shooting and filming from a distance with great clarity.

Cinema mode and the ability to have Hollywood in your pocket

Apple loves to point to the iPhone as a professional camcorder. Since there are several models the company wants to give the iPhone this "credential". For that, it has put technology that adds a lot of quality to the recordings, year after year. If on the iPhone 12 Pro Max Apple introduced the ability to record videos with 10-bit HDR, this year it went even further.

Remember that last year the Cupertino company included several features to transform the top-of-the-range iPhone into a professional work tool. To this end, it included video recording in HDR and a new proprietary format called Apple Pro Raw. This year the novelty is called 4K ProRes.

The format consumes a lot of space due to its extraordinary quality. Therefore, as we disclosed, the iPhone 13 will only have 4K ProRes recording from 256 GB of storage.

So let's talk about Cinema Mode. If you're familiar with Apple's Portrait Mode, which debuted in 2016 with the iPhone 7 Plus, then you have an idea of ​​what to expect from the Cinematic Mode available on all iPhone 13 models.

In this model, the iPhone tries to give the video a touch of elegance Hollywood by slightly blurring the background while always keeping the subject in focus. The subject can even move around the area and with Cinematic Mode it will remain fixed in focus.

It's an impressive effect, but it requires decent lighting to work well (the camera app will warn you if there isn't enough light in the image).

Yes, this transition can pass automatically, but we, camera operators and filmmakers, can manually force this passage while recording the video (just tap where we want to focus). We can also do this when we are editing.

There are some technical limitations. Cinematic video can only be shot at 1080p at 30 frames per second (fps), for example, which actually meets today's video playback standards. And the most impressive thing about this iPhone 13 is the ability to use iMovie, for example, and edit the images directly on the iPhone, with incredible processing power. 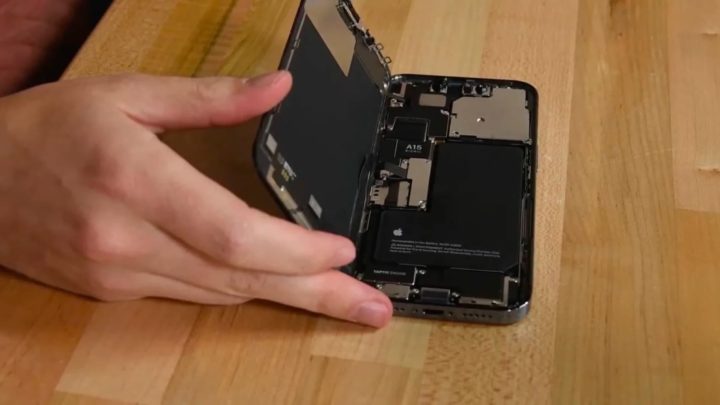 Finally, if we use the iPhone to listen to music, we could now be 95 hours without the battery running out. Previously, in the 2020 top-of-the-range model, the autonomy was 80 hours. Also, as we saw here, in a mixed but demanding use, the iPhone 13 Pro Max manages about 10 hours of uninterrupted operation. Fantastic!

These are the first impressions of a few days of use. Despite this, there is still a lot to explore and many situations to test. The battery surprised, there is no doubt that it is much, much better, and the screen quality is also an asset, despite the whole set bringing benefits to a segment that is already very well positioned.