This Friday, the Minister of Health outlined the current picture of the evolution of the pandemic and the presence of the Ómicron variant in Portugal. At the end of the press conference, the Government called for tests to be carried out before social events and for extra care at Christmas and New Year.

In a statement sent to the newsrooms at the end of the press conference, the Government recommended the increase in vaccination, the use of masks and the frequent ventilation of interior spaces.

It is also recommended that tests take place before any social events, especially at Christmas and New Year’s Eve.

Vaccination with the third dose for people over 50 years of age should only be available from next year, since the over 60 age group is not yet fully vaccinated, said Marta Temido.

11:56 am – Government considers increasing number of free tests per individual

The Government is considering increasing the number of free tests per person, “in the context of this call for more testing”, said the Minister of Health.

The measure could advance as early as next week.

11:41 am – Omicron “is much more transmissible than any other variant”

“Looking at the epidemiological data, we see that in fact this variant is much more transmissible than any other variant that has circulated in Portugal or in the rest of the world”, said João Paulo Gomes, from INSA.

According to the researcher, currently 20% of cases are associated with the Omicron variant. Within a week it is predicted that this variant will be the dominant variant, replacing Delta.

By the end of the year, it is expected that more than 90% of cases in Portugal will be caused by the Ómicron variant.

João Paulo Gomes added that “there is no indication that any test on the market is less effective against this variant than against any other variant”.

Baltazar Nunes, a researcher at the Dr. Ricardo Jorge National Health Institute (INSA), explained that the scenarios for the impact of Ómicron still have a “wide margin of uncertainty”.

For the specialist, everything will depend on two factors: the greater or lesser severity that the infection with Omicron has in relation to the Delta variant – and everything indicates that it will be the same or less – and the effectiveness of vaccines for serious illness by Omicron.

“Everything indicates that the effectiveness of vaccines against the infection will be lower, but in terms of hospitalization it is still unknown”, said Baltazar Nunes, stressing that at this moment everything is “very uncertain”.

It is necessary to wait a few more days to understand how infections and hospitalizations will evolve.

Regarding the use of health services, Minister Marta Temido says that they are at “stable levels”, but foresees a worsening.

“We have to be prepared for this effect: many more cases will tend to bring a greater flow to hospital services”, warned Marta Temido.

The Minister of Health announced that more than 400 beds had been hired, despite hoping that “it will not be necessary to use these means”.

11:32 am – Retention week in January should not be seen as a “compensation moment”

Marta Temido asks the Portuguese to avoid social contacts in closed spaces at Christmas and New Year’s Eve and issued an alert: “The period of containment already defined for the week of January 2nd to 9th cannot be seen as a moment of compensation, but as a reinforcement of what we are all called to do from here to there”.

11:30 am – Increase in cases will lead to “greater volume of people with hospitalization needs and possible deaths”

“The Ministry of Health and the Government have been following the evolution of the situation with the various experts” and this afternoon a new report by the “Red Lines” will be published, informed Temido. 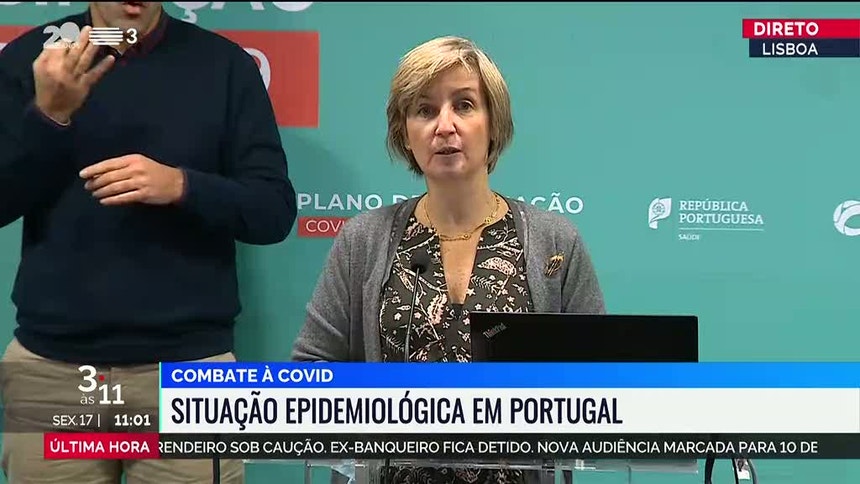 In the coming days and weeks, more data will be shared, guarantees the responsible.

“It is again a time when we are all put to the test. Many cases, even if the majority with less seriousness, will naturally lead to a greater volume of people with hospitalization needs and eventual deaths”.

In this “uncertainty scenario”, the minister says it is important to look at situations in other countries, giving the example of the United Kingdom and Denmark, which reached a new peak in daily cases.

This uncertainty “concerns” the health authorities and that is why, “with transparency, it is important to transmit and share”, declared Marta Temido.

“The next few days will be decisive for us to understand the impact of this new variant and the proportional response to which we are committed. But what we already know leads us to say that if the variant is transmitted more, each one of us naturally has to do more”.

The minister called for greater use of masks, more testing and more vaccination, as well as an increase in border controls. “We all have to be prepared to do more”, he concluded.

11:20 am – Efficacy of vaccines decreases in face of the Omicron variant, says Temido

Marta Temido stated that “there is an apparent decrease in vaccine effectiveness after the primary vaccination course against the infection caused by Omicron”.

Currently, the vaccine effectiveness “against symptomatic infection after administration of the booster phase is still estimated at 70 to 75 percent”.

11:14 am – INSA estimates that Omicron has a doubling time of two days

“We still know little about this new variant in three dimensions: transmission, gravity and immune protection”, said the Minister of Health about Ómicron.

“The variant is already known to be more transmissible than the Delta variant, which is the predominant variant to date, with a doubling of cases from one to two days in South Africa, from two to three days in Denmark and in United Kingdom. Here, in Portugal, INSA is now estimating a two-day doubling time”, he said.

In a press conference, the Minister of Health said that the Omicron variant is growing and that this “again is a difficult time”, and that “we have a new difficulty and we need to face it together”.

The Ómicron variant had, until the 14th of this month, 69 cases identified in Portugal.

At the press conference that followed Thursday’s meeting of the Council of Ministers, Mariana Vieira da Silva said that, together with the Minister of Health, she met twice this week with experts who have a presence in the meetings. of Infarmed.

The Minister of the Presidency said that more information is needed for the Government to be able to take decisions, noting that it is “facing a new variant about which little is known”.

The government official wanted to make it clear that the Executive “has no problem” in prolonging or altering the measures adopted on December 1st.. 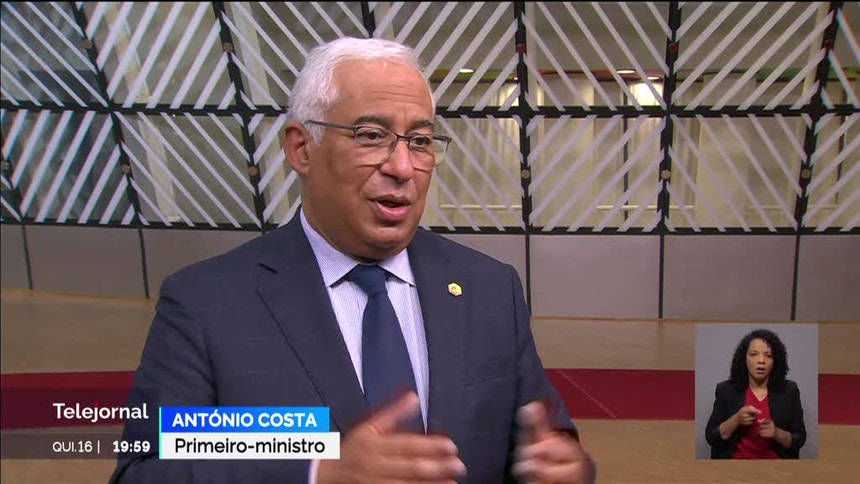 The Minister of the Presidency clarified that, this Friday, no new restrictive measures will be presented. Rather a state of play.

“Never, until today, have measures been taken at a press conference by a single member of the Government,” said Mariana Vieira da Silva, adding that the measures decided a month ago, such as more tests, masks, vaccines and border control, “have had positive impacts and should continue to be used.”
“Safe parties”

In a statement sent to newsrooms, the office of the director-general of Health, Graça Freitas, makes recommendations for the upcoming festivities, Christmas and New Year’s Eve.

“The current epidemic situation of SARS-CoV-2 infection implies that everyone should consider the risk they may be exposed to in their daily activities, namely during the upcoming festive period“, but not three note from DGS.

“Thus, for this period, the General Directorate of Health calls on everyone to celebrate safely and responsibly, adopting protective measures that, together, form part of the protection barrier against the virus,” the statement continued.

“The vaccination plan continues, with the booster dose of the covid-19 vaccine for adults and the vaccination of children. If you have never been vaccinated or vaccinated, schedule your vaccination. Scientific evidence has shown that the vaccine is the most effective measure to reduce complications associated with SARS-CoV-2 infection”.

“We also highlight the performance of tests, namely rapid tests (TRAg) or self-tests, as a precautionary measure”. 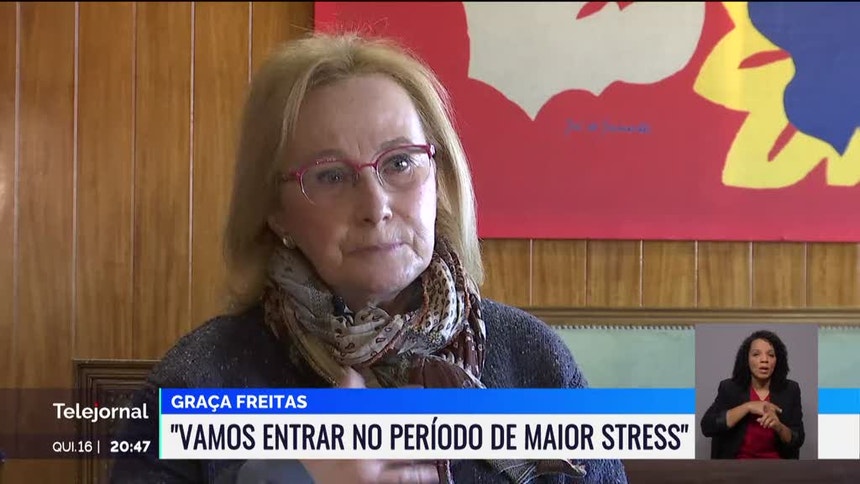 “Parties can be held with smaller groups, ideally belonging to the same family/social bubble. Choose large spaces and make sure they are ventilated. The sharing of moments when food and drink is consumed can be done with due distance among the guests, applying simple measures, such as the use of more than one table, whenever possible”, also indicates the Director-General of Health.

“The mask must be kept on when not consuming food or drink, particularly in the presence of the most vulnerable people, who must be even more protected”.