When comparing Portugal to Spain in terms of tolls, it is common to say that our neighboring country is an “example”. Tolls are cheaper and there are many kilometers where there are no tolls.

However, the Spanish government is going to introduce tolls on 12,000 kilometres, specifically in the auto vias.

Tolls in Spain will affect about 6,000 Portuguese companies

The Spanish government will introduce tolls on 12,000 kilometers of “high-capacity highways”, also known as “autovias” and “autopistas”, a measure that should be extended to the state roads themselves and even to the highways managed by the autonomous communities . The measure is already worrying Portuguese road operators who have to cross the country, as the costs of exports carried out by this route should increase, reveals the newspaper Publico.

The measure is included in the Recovery, Transformation and Resilience Plan of the Pedro Sánchez government.

For Portugal, the measure will mainly affect the highways connecting Vilar Formoso to Burgos (360 kilometers) and Caia to Madrid (400 kilometers), which, so far, are free, but which are on the list of those that will be paid. These routes, according to the newspaper, pass 45% of heavy goods vehicles that cross Portuguese borders. 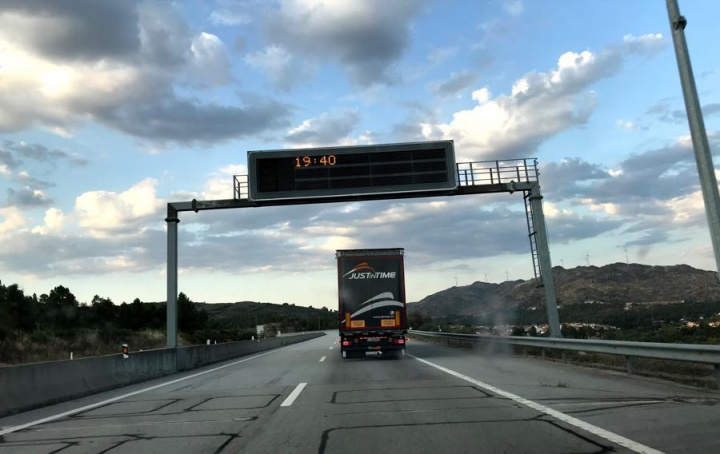 The introduction of tolls will have a negative impact on Portuguese foreign trade. Antram (National Association of Public Road Transport Goods) says that the cost of Portuguese exports will rise between 5% and 8% with a measure taken for environmental reasons. According to Antram, based on prices charged on other Spanish roads, there will be an increase of 90 euros for each truck that crosses between Vilar Formoso and the Irún border and 60 euros between Madrid and the Caia border.

The president of Antram stresses that in Portugal there are around 6000 road haulage companies and that most of these will be affected by the introduction of tolls in Spain.