Windows 11 brings a wide range of news regarding its interface and some areas where the user has access. These are imposed on the user, as part of the makeover that Microsoft has prepared for its system.

With its arrival on the market, users began to detect some unusual situations. One of them leaves out the new taskbar and brings something completely different… We’re talking about the Windows 10 taskbar.

In addition to all the problems associated with Windows 11 requirements, many users don't like the behavior of the new taskbar. It is limited in features and in the positions it can take.

There are a few tricks that can be used, but it always goes against what options allow users to configure this element. It is renewed yes, but ended up losing features that were already a habit to have.

This element is now highlighted and not for the best reasons. Several users report [1, 2] now that after upgrading to Windows 11 nothing changes and the new taskbar just doesn't show up in Windows 11.

Instead of this, the previous version is present, which has followed users in recent years. There is no cause for this unsuccessful update, but the truth is that it is the Windows 10 taskbar to be present. 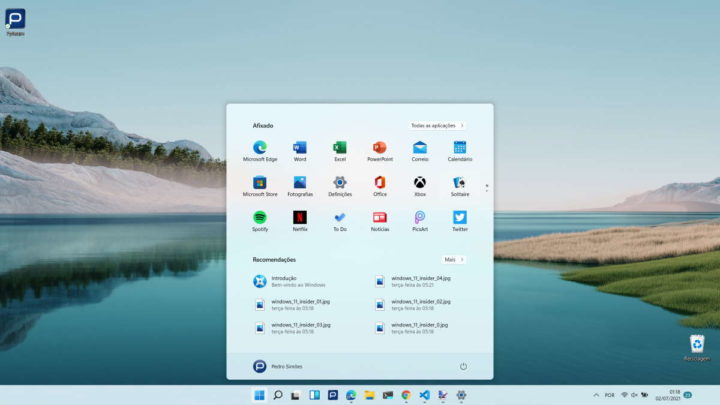 Still far from having a solution from Microsoft, users found a way around the problem. The first is going back to Windows 10 and the second is creating a new user account and importing user data.

This seems like a situation that doesn't make much sense after Windows 11 bet on this element. Even worse is that this Windows 10 taskbar doesn't make sense to be present in Microsoft's new system.