Michele Bravi Live at the Teatro degli Arcimboldi in Milan. The beauty of concerts is that they can have different souls. They can entertain, sing, dance, reflect. When a concert has a soul that accurately reflects the content of the songs, then it becomes poetry.

Or maybe I have this feeling. Maybe I have seen too many lives that looked like celebratory Best of that I was not used to the magic of the story. And it is from this that Michele Bravi in the tour, postponed several times, studied and stopped for a whole year, linked to The Geography of Darkness, part. From a story.

The voice that introduces him is clear right away: the first part of the concert will be a journey into the dark. And from there starts the story written specifically for the show by a great Italian writer, Andrea Bagliani.

A tale that Michele, which on his side has always had the gift of interpretation, recites as a monologue between one piece and another.

It is the voice of a child that begins to tell us about this story, what the grown-ups call the story of his pain but which for him appears like a fairy tale, his tale … the music starts, as in the record, with The promise of a dawn.

The story will go on throughout the first part of the concert telling us the story of a human being who had a puppy of pain with him, the two looked alike. People often did not care about them until a little girl noticed them, noticed the pain of the child that seemed soft to the point of wanting to hug him.

Until one day the pain of that child, that little soul who wrote letters full of commas, which at times got lost in the dark curling up like a shell, jumped on the child pushing her to the ground. She asked why and then ran away. Because sometimes it is the pain that takes over our soul. Sometimes pain keeps others away from us.

Until we grow up, we become men, we learn to manage it, maybe not to overcome it, not all pains are made to be overcome, but to convince us … to take measurements and draw a map … a geography, mind opens a notebook and let it run there, on a blank page.

This is the story that tells the first part of the concert by Michele Bravi.

MICHELE BRAVI LIVE – THE GEOGRAPHY OF THE DARK

The singer-songwriter will explain it later in the evening, only at the end of the story …

I haven’t been playing Milan for over three years. This show was born from The geography of the dark, a very intense musical and human journey that had the intent to set the voice to music that suggested to me that you can go through the dark carrying it with you, learning to convince and trace it.

There is a very important phrase in Michele’s words, the center of all this concert, the soul of the live …

This tour was a meeting of many important souls … I wondered what I wanted the public to have, I always ask myself when I am putting on a show … I wanted it to be an experience of pain … without giving a light, at most just a compass to orient yourself …

And it is here that the magnificence of this show is hidden, the son of an equally beautiful record, The geography of the dark, in turn the son of a great pain that went through the life of the singer-songwriter.

It is not easy to narrate pain, depression, derealization in music and to clear all that can make the mind sick with poetry, refinement and tact. Michele Bravi managed to do it, he had the courage to do it, first with his record, now with this show.

Because telling the pain and wounds of the soul, telling that you don’t always win but sometimes you only come out unscathed, is the story of life and it is something necessary, something that many “scribbled souls” need to hear.

Because we are often alone in pain, because only extraordinary friends can find the strength to be close to us. Because unfortunately most people shy away from pain, sadness, depression and those who experience these moods. As if they were contagious.

This is why it is important that someone teach us to shout rather than hold our breath, to fall without fear that they will look at us as losers but with the thought that someone willing to reach out to us will pass at the right time.

This is the first part of the concert by Michele Bravi passing through The promise of dawn, Keep the kiss, Handle me with care, One second earlier with Federica Abbate, The short life of confetti, History of my body (beautiful passage to which our Latin teacher has dedicated an in-depth study Who), All poems are about love, Breathless, When a wish falls e Seven steps away. 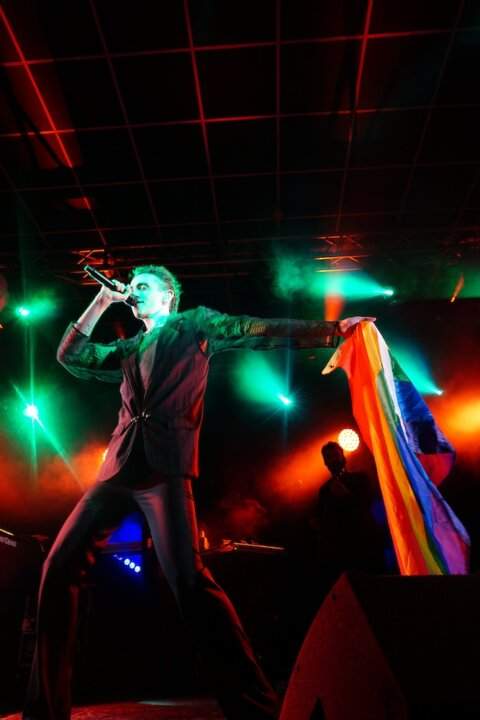 The second part of the live differs from the first. The story ends, the register changes. Michele who until then had not deliberately spoken to the public, tells the meaning of that first part and returns light, ironic and at times even pungent. Because after all, no matter how much we walk in the dark, the natural instinct of the human being is to survive, smile, open up or at least try.

It’s the birthday of Well done and he congratulates himself and thanks the audience for this gift, the Teatro degli Arcimboldi is full. The audience responds by intoning best wishes.

He spends important words both on the return of live music, especially for labor, and on DDL ZAN, one of the biggest defeats in our country’s recent history.

He tells an important story, that of the time he went with his boyfriend, the one who is at the center of his latest album, in Umbria from his family and his grandfather, over eighty years old with whom he had never confided, he said looking at them: “How beautiful you are, you can see that you love each other …”Here, as he explains Michele, if a man of over eighty, raised in another age, ignorant in the literal sense of the word, can recognize the love and beauty in two men, then there is hope, there is a future. And it is to them, to his grandparents who are no longer there, that the singer-songwriter dedicates this concert.

The music resumes with other rhythms thanks to its musicians, Helio Di Nardo, Daniele Giuili, Giovanni De Santis e Andrea Manzoni, and with To begin with, Diamonds, Life and happiness, Chronicle of an uncertain time, Falene, The Diary of Errors e remember me.

I saw the audience go away happy, their hearts full of emotions that could be read in their eyes. Emotions that can give you only one of those concerts in which you do not necessarily feel the need to scream the songs aloud, on the contrary it almost seems to disturb you in doing so, you just want to listen and live them.

I returned home with hope in my heart and with the awareness that I have always been right in saying that pain has a meaning only if shared, if it can also be of use to others. And this becomes reality thanks to the sensitivity of who, how Michele, has the gift of music and storytelling. 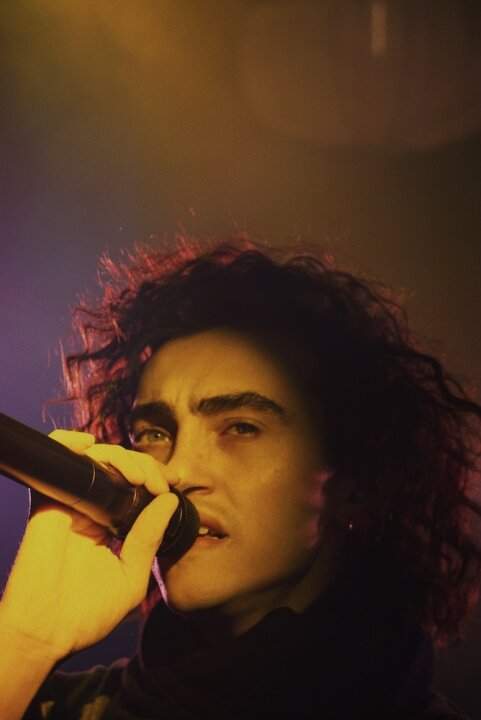