There has been a lot of talk about Blitz Union lately. They release singles and music videos, have had two EPs behind them, and logically the debut album came next. It’s called “Absolution” and we can find all six songs from the last EP “Not Proud” and (in the case of a physical medium) another six novelties. How do they sound as a whole?

Tracks: Get Up, Plastic, Money Crazy World, Hotel India Victoria, My Own Road, TV, Not Proud (To Be A Human Being), The Truth, Human Robot, Candidate, S.V.P.D.A., TV (Piano Version)

The four-member Blitz Union, built around leader Mark Blitz, was formed on the ruined stones of The Snuff, who also had a good time. Unlike them, they combine elements of EBM, rock and metal in their work, and a big change is the visual, which the young group has mastered well, whether it is an image or very solid futuristic video clips.

He also tries to attract attention with engaged texts that deal with environmental issues as well as social and political issues. On their debut “Absolution”, however, they dose the moralizers along with a fun art ballast that works and doesn’t offend. The EP “Not Proud” from the first half of this year offered strong material, which is a bit to the detriment of the backbone of the current news. We will only find six new songs on it – even only four on streaming services. But one of them is probably the biggest hit of the group. “Hotel India Victoria” has a huge charge, hit potential and will be remembered for the first time. The melodic “The Truth” with an industrial rock background is also successful. “My Own Road” with a surprising country motif offers variety. Of the novelties, the flat “Candidate” is probably the weakest in terms of ideas, but it also reaches a good technical level. After a strong EP, expectations were high and the quality of the album would probably meet the demands if a thin number of new songs did not freeze. The second complaint points to the cover, which in comparison with the overall sophisticated visual of the band seems too simple and poor. 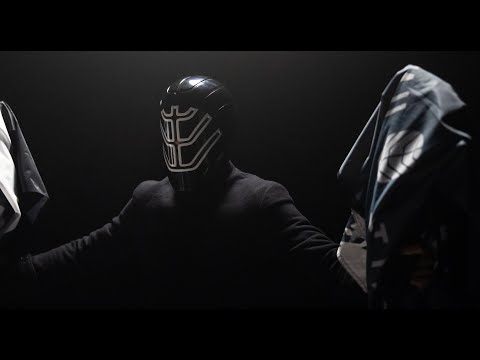 “Absolution”, however, is an otherwise technically advanced, sound above-average filmed full of distinctive manuscripts. The combination of electronics and rock, and metal guitars is nothing to discover, but the band can give it its authentic hallmark, which is appreciated. The overall impression of the Blitz Union is positive and it is great that we have another group here, at least on a European scale, fully competitive.