Epydemye doesn’t have to be just a scary word today. Thanks to the album “Kotlina”, the band from Týn nad Vltavou is in the wider consciousness of the musical public, and the fact that it makes music for joy has also come to the small village of Martínkov. It ended a weekend that is hard to forget.

It was this village that celebrated, in addition to the traditional meeting of the natives, seven hundred years of the anniversary of the first written mention of it. Music of various genres has been winning here since Friday. On Friday, the dulcimer player Rathan, the well-known brass band Šohajka performed on Saturday, and on Sunday, three different groups were given space. The Jordán home choir was the first to appear on the stage, preparing a half-hour set of folk-acoustic embossing under the direction of Petra Řepová. Viewers were able to record the compositions of Ulrych’s siblings “Prayer”, Hradišťan “Get Up, Hallelujah” or “Old Ark” by the Spiritual Quintet. Especially the last song really lured them up and applauded them. However, the following performance was intended mainly for music connoisseurs. The bells of good news – as the name suggests – are an ensemble playing hand and temple bells. It was founded ten years ago by the evangelical pastor J. Wiera Jelinek, and since then the ensemble has expanded and flourished. He spiced up the hour-long performance, which he prepared for Martínkov, with distinctive musical samples from various genres. From Beethoven’s “Ode to Joy”, the composition “Mary, did you know” (known to us thanks to Lucia Bílá, who sang it with Radůza’s lyrics under the title “Marie, do you know” on her last Christmas album), Cohen’s “Hallelujah” or the current issues of “Fireworks” by Katy Perry or “Clocks” by Coldplay came to the final Strauss “Radertzky March”. The beauty of music simply takes many forms, and it’s amazing what kind of sounds and harmonies can be created and connected thanks to instruments imported for a lot of money from the USA. There is a huge amount of work behind it, torn calluses on the players’ hands (after all, the heaviest bell weighs 4.5 kg), and it is necessary to have an excellent sense of rhythm and accuracy combined with precision, because everyone can be heard, even if a tiny touch. And the catherine ensemble showed them like saffron.

The varied program was then completed by the still young folk-rock band Epydemye (in the title picture), which received the genre Angel in 2015 for their album “Kotlina”. Since then, she has managed to release another great album “Dear children” and now she has a hot new album “Glazed Heaven”. During the performance, the group admitted through the mouth of double bassist Lucie Vlasáková that they were expecting a quiet, one-hour concert for seated citizens, but that was a damn miscalculation. Martínkovští can have fun, so after the fourth song, one of them announced: “They danced yesterday too, let’s go again!” and started a chain reaction. What was the surprise of the band when people did not leave the floor until the very end of the concert, which lasted almost twice the expected minutes. Epydemye simply captivated people with her energy, cordiality and infectious positivity. She alternated serious themes from the album “Kotlina”, on which she reflects the period of fascism and communism (“Milada”, “I jumped into the dark”), with cheerful and light songs from life (“Thanks, your mom”, “Dear children”) and she interspersed it all with news (“Farmer”, “It wants unrest”). All generations danced and had fun, from the smallest to the largest, the willing musicians then took pictures with everyone who was interested, signed the records and especially wanted to play (without wanting to paraphrase the current modern political slogan) until the body tore. This approach will certainly return to them in the future, as they experience similar reactions in all corners of the country. Not to mention that the joy of our lives has almost disappeared in recent years and Epydemye offers it on his records and performances with a handful. 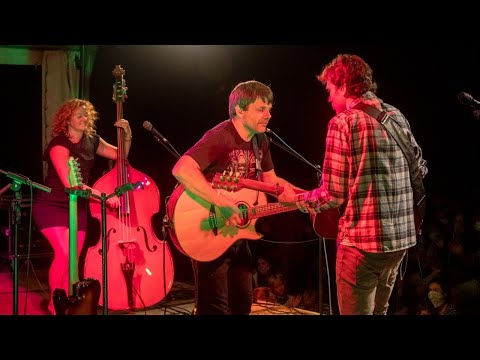