Every Friday, Monique Dardenne sends Music Non Stop a fresh, hand-picked list – no machinery (read algorithm) – straight from your musical garden, with the songs, albums and EPs you can’t miss this week. This week’s crop, as usual, ranges from pure house music to the most creamy weirdness. Indulge in moderation.

Loïc Koutanao The Statue Manpresents in Jealousy a body willing to free love and that questions – verse by verse, scene by scene – the obstacles to this full realization. Packing the dive into the mythical time of the theme and its ancestry, a rap with violin samples and muffled beats mix with the solitary images of the artist who brings in his performance the dramatic and deep tone that the music offers.

“I am closing a chapter of my life”, Barbie Bertisch says on a park bench in Greepoint. “I have spent the last four years working to gain confidence in my ideas and my creative perspective. This is the culmination of this process.” The “it” in question is the collection of 11 songs that narrate 5 years of Bertisch’s life, the album Prelude.

The pop enigma of Berlin via London, Perera Elsewhereannounced their new album, Home, which will be released on September 30 via Friends of Friends. The album features the lead single Hold Titewhich Sasha Perera described in a statement: “It’s like a boxer mentally concentrating before stepping into the ring…an anthem to keep your demons in check…a clear message for the things you fear most.”

Marina Herlop just released their third album, Pripyat, an emotional and extremely creative work. Fans of Nanook and Babasha will recognize the melancholy piano and elegant vocal lines found on tracks like Before Before. But Pripyat has a much fuller sound. Almost chaotic when compared to previous work, with the addition of electronic drums, electric bass lines and a wealth of sublime production effects.

South African house DJ and producer KaySoul has invited Desney Bailey to create this soulful, dancefloor-oriented EP. New York DJ Desney Bailey, known in the European nujazz scene and for works with Jazzanova, brought an extra freshness to the work.

Born in England to a Peruvian mother and British father, Felber spent his early years in Peru and Chile before returning to Britain at age seven. He began his music career at the age of 17 and is now known as one of the founders of the Young Turks label and club. In 2020, Felber created his aka Attawalpa and released the first album by the project, called Spells.

How Sudan Archivesviolinist and singer Brittney Parks combines hypnotic string loops and experimental beats, harnessing the textures of electronica and R&B into sleek, shape-shifting tunes as if they’re bubbling over simmering. The Los Angeles artist’s first EPs introduced avant-garde, violin-driven compositions in the North African style that came into sharper focus on her stunning and reflective 2019 debut, Athena. Your latest single, Home Makeris his most accessible yet, an arrogant statement with all the idiosyncratic charm that makes his music so memorable.

FKJ is a virtuoso multi-instrumentalist and producer with one foot in the new world and the other in the old, making soulful, boundless music for a restless, genre-fluid generation. His songs blend jazz, soul, folk, rock and experimental beats that combine complexity and intimacy. Vincent is FKJ’s second album and signals a new dawn, where he realized he wanted to enjoy the freedom of being a teenager again.

After several years of fun and incendiary releases on labels such as Scuffed, Gobstopper and Banoffee Pies, Nikki Nair features three more tracks for the inaugural EP on the new Island F label. One Four Five sets the tone with Nikki’s signature vocal work, all punctuated by bass and intelligent beeps and spaces. Lemma holds the energy and brings it to an alien space populated by smaller, cuter sounds and a weird vocal beat.

You will also enjoy reading
Launches by Monique Dardenne: in this week’s selection, our curator brings Criolo, Ibeyi and things that only she digs 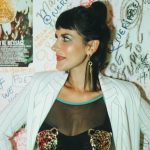 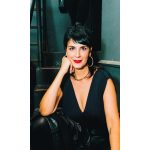 The post Monique Dardenne delivers another list of releases that you can’t find around. Add everything to your playlist appeared first on music non stop.