Karel Gott’s name will resonate in the Czech Republic and Slovakia for decades to come. Every legend binds a lot of myths and myths – some have a greater real basis, others are fictional and the life of Karel Gott is no exception. Pavel Klusák’s “Czechoslovak Story” is not the opposite, but rather a supplement to the autobiography “My Way to Happiness”.

Already in the review of the mentioned autobiography “My way to happiness” I complained: “Given the fact that his life must have been logical, and with his fame also full of less pleasant matters, at least one such mention would further humanize this perfect story.” Pavel Klusák’s book is full of these issues. Due to the fact that I belong to the people who respect and respect the work and personality of Karel Gott, I was afraid that this publication would be full of tabloid information and spit and that it would reveal things that one does not like about popular singers – even if it does not belong to to their uncritical admirers – does not want to read.

This is largely spared by the reader, although a criminal record can create the illusion of the opposite. However, it was quite clear that a person who has been at the absolute peak for many years and has no inclination to alcohol, drugs, scandals or the like must somehow give up steam within his humanity. Like everyone. The “Czechoslovak story” clearly belongs to those readers who want to create a more comprehensive picture of Gott, to know some of his guilty pleasure. At the same time, it shows how our most famous nightingale managed to have a perfectly soiled thing at the end of the fifties, which after sixty years is one of the basic things that a popular artist needs – purposeful PR. The whole publication is based on several key points that could have seriously undermined the romantic tenor’s career – the Antichart plays a clear role in this, which is also the most extensive chapter with detailed breakdowns of what happened day after day at the time. Other controversial topics were practice emigration, working in the United States, and the fact that Gott went through a time that the vast majority of other singers had a hard time biting – the 1970s and the period of normalization. The singer had several versions of many stories over time, and this book tries to bring them all together. However, it is often up to the reader to choose how it really was. Gott had to experience so many situations in his life – both positive and negative – that it was not possible to remember them accurately over time, but at the same time no popular person can mind exaggerating an incident. If anyone wanted to be at the forefront of a time of rigid totalitarianism, they simply had to get along with the Communists, and while Eva Pilarová was deeply ashamed of her role during Anticharta and apologizing for saying she couldn’t imagine ending singing, Gott he never did. On the other hand, he also did a lot of good things, which the “Czechoslovak Story” is obviously not and doesn’t want to be. He tries to rely on hard facts in controversial matters, there are many photocopies of various documents and overprints from the newspapers and magazines of the time. I myself am sorry that the publication basically ends with the disintegration of Czechoslovakia. Even then, there were plenty of situations that would be worth mentioning, but which are mentioned here marginally or only in the epilogue – a breakup with Ladislav Štaidl, a business breakup with František Janeček and many others. It also seems unnecessary to me how the films in which Gott played are analyzed in detail and almost reviewed – the music and individual albums deserve more space. On the other hand, it can be seen that Pavel Klusák spent a lot of time on his text and it took him even more time to go through all the archival materials, magazines and articles, discuss with renowned music publicists from earlier years and the protagonist, with whom he also had the opportunity to clash several times in person. In terms of appearance, the “Czechoslovak Story” cannot absolutely compete with autobiography. The trotter may have been waiting for Gottem’s written version of the story to come out so that he could still respond to some passages in this book. After all, if Gott was in his “The Road to Happiness” more open and honest, this title might not emerge at all. However, his cult will not suffer any major blow. 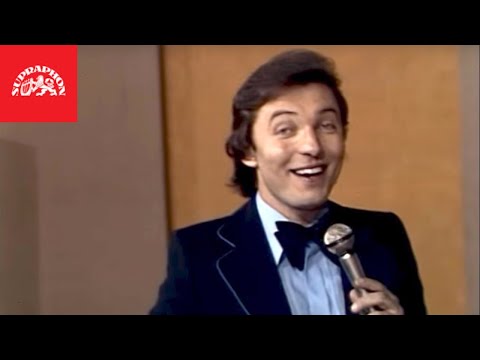 In an interview with DVTV, Pavel Klusák complained that Czech Television refused to cooperate with him, while Supraphon was helpful to him. Thanks to this, a work was created that shows Gott as a man. A creature that has its thirteenth chambers, weaknesses, secret nooks, but at the same time does not purposefully disassemble really big things, which it managed with its singing.

REVIEW: “Czechoslovak story” removes the halo from Karel Gott, but it doesn’t spit out unnecessary dirt