Blues-rock power trio The Peanuts is growing. Its members got together in 2016, three years later they made it to the finals of the Czech Blues Challenge and the following year they won the Blues Aperitif show, which opens the door to the BluesAlive festival in Šumperk, where they played this year. In November, they released their debut album “Dawn”.

Debut Peanuts it starts where their last year’s EP “There Will Be Blues” ends, which made their strengths stand out: imaginative songwiting, player maturity and a strong goal. And also that the longer songs testify to them. The Semily trio is most at home in hard-rock colored blues, which can dose dynamically, with appropriate emphasis and energy. 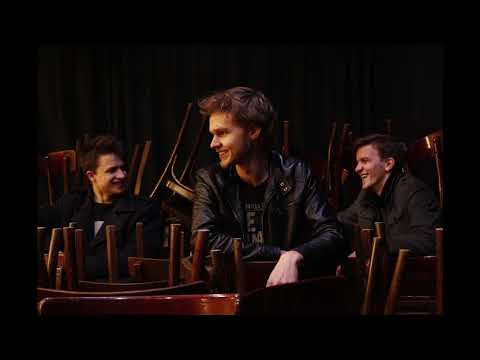 She is also witnessed by small slowdowns, which make the guitar work stand out: Matěj Myslivec is a breakthrough player, the solos bet briskly, but I didn’t feel that it was an empty exhibition, he doses the tones moderately. It serves songs and it’s appreciated. The basis in rhythm is reliable, in many places (for example “Solitude” with a successful melodic idea in the chorus) bass Richard Jozefy, who finds space in the rhythmic figures for delicate melodic loops, can handle even small salinization and goes well with humble drums. The album “Dawn” has two problems: first of all, it doesn’t do very well to maintain a uniform atmosphere in which the recording would flow smoothly from one song to another. It’s a lot of jumping here – the elaborate monument “US Blues” alternates as the only one sung in music on the album, musically successful (“Commercial blues”) and several trips to funk. It shows the breadth of the author’s scope of formation, but it does not help the tightness of the result. The second complaint goes hand in hand with this shot. “Dawn” is a bit long with its footage exceeding fifty minutes. Putting it around blues-rock, letting it be Czech and a few funky things, squeezing the length to under forty minutes, that would be great. In the current state, the musicians want to show a lot, but unfortunately, in addition to significant and strong things, there was also a filling that is not so stuck in the memory. As a whole, “Dawn” is a very successful debut, which promises a lot in the future. The Peanuts are an audibly successful band that manages to play a lot and it plays very well. I also appreciate the authorial skills of frontman Matěj Myslivec. However, as mentioned above, the result would benefit from a minor refinement, more precisely the targeting of the tracklist. In any case, “Dawn” is a significant achievement that deserves attention.