Many memoirs show signs of incompleteness and contain a lot of inaccuracies. Especially those without authorization of who they are talking about. Memoir “What does this button do?” it’s much better. It was written by the frontman of the legendary Iron Maiden himself and he wrote it the way he feels and, moreover, without big-mouthed bragging.

Paul Bruce Dickinson, singer of the world-famous Iron Maiden, pilot of traffic boeings, successful swordsman, television and radio music speaker, screenwriter, lyricist, composer and also a brewery. Enough information for one person and one book. The reader thus has a wide scope of individual branches of his interests and activities. The music fan will most likely be interested in how a rock star was born and lived, who, contrary to expectations, never abounded in scandals and did not fill the leading pages of the boulevard with cheap news. That is, if we do not count some worthless and quickly forgotten big-mouthed statements about Metallica or Ozzy Osbourne. But such a generation among otherwise revered colleagues probably belongs to that. We would find far more hateful sentences from others, meant far more seriously. Publication “What does this button do?” it is written in a very readable form and basically covers the period from birth to the beginning of 2016. The reader very quickly enters the author’s narrative. He gets through his difficult childhood, misunderstanding of estranged parents and, conversely, an understanding ancestor into his school years and timid steps to the military and only very gradual courtship with art. The experiences of school years and dormitories are reminiscent of Roger Waters’ passages on Pink Floyd’s autobiographical album “The Wall”.

However, music lovers will be thrilled by Dickinson’s memories of his musical beginnings. Not many domestic musicians, myself included, can remember the miserable beginnings without money and the purchases of the cheapest on the market, so that at least something can be played and that it sounds at least a little bit. The story of how Bruce Bruce, as his teammates later called him, made audiocassette demos to present his singing seems incredible from today’s point of view. But that was the time at that time. Memories of the first bands, then the rise with Samson and the first meeting with Iron Maiden is a very kind and funny story. In fact, the whole book is a bit in the slightly humorous spirit of la Monty Python, which readers, especially cimrmanovským humor, will probably be very close. From about a third, the text starts to run gracefully, almost without a hitch, like a real musical documentary. A man who has been identified as a non-singer by his religion teacher becomes a rock star within a year. The man who spent his listening years on progressive rock, especially Van Der Graaf Generator, and who later moved to admire Deep Purple and Ian Gillan, gradually turns into a sovereign solitaire with a clearly recognizable voice. 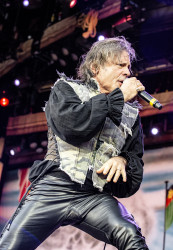 The description of the years at Iron Maiden in their best period takes up almost another half of the work. Fans have a glimpse into Steve Harris’ creative cuisine. They will read how the major albums of this heavy metal legend were created. The stories from the creation of stage presentations and their subsequent realization are also funny. After Bruce’s departure, there will be not only a turning point in the band’s career, the future of which we will not learn much about, but also in the story itself. From this point on, the author speeds up considerably. Suddenly, our good Dickinson becomes a man who can do what he can and he succeeds. Whether it’s fencing in which he improves even after retraining to the left (!), Initial courtship with flying, which he made to pilot a Boeing 747, or gradual success in his solo career, or his growing interest in the mysticism and work of William Blake or Alistor Crowley. By the author deliberately omitting the topic of family life and not finding himself at all in the midst between him and Principal Harris, the reader will learn very little about the members of Iron Maiden. Among the facts, and that there are quite a few of them, especially among the aviation details, he may lack something of the singer’s soul. He may legitimately ask: How did the man actually live? Dickinson himself may seem to have forgotten his emotions despite his workaholic lifestyle. 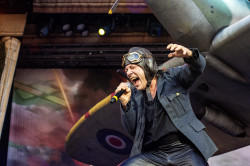 However, the opposite is true. There are two topics that are literally freezing and that would certainly be published in other books themselves. The first is a concert, or rather the circumstances of the trip to perform in Sarajevo during the civil war in the former Yugoslavia, the second is the sarcastically narrated singer’s fight against cancer. These are the very powerful and probably the most intimate moments of this book. This is really an honest story told by an ordinary boy who became a rock star. Without embellishments, without glories, with a self-ironing look at our wilder years and at the same time with a mundane attitude to our abilities, which most of us would hardly be able to handle in such a commitment. It is the journey of a man, a child who had no idea. There are initial bullyings, finding out what we’re doing in it. It is the path of a man who has found a voice in himself, and especially a man who has never given up and has always sought other directions of his artistic direction and personal life. 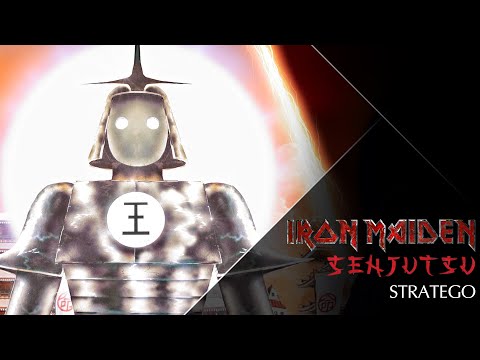 The book “What does this button do?” she is not perfect. In fact, it can’t be. Not even a thousand pages would be enough to describe everything in detail. The guy handles so much and so well that it’s a miracle that those three hundred and fifty-five pages will give you a pretty decent picture of who Bruce Dickinson is. Yes, many are missing (for example, the mentioned relations with Iron Maiden, including the circumstances of his return and the subsequent years of his work here). Some situations are described too sketchy, some are too descriptive for experts in aviation and the military. Maybe there would be some period photographs to complete the story, they are really missing here. Nevertheless, after a long time, I read a story that will captivate from the first lines, will please, will teach in a lesson and in the reading of which I did not feel that the author would do better than he is. It is available on the Sparkshop website.