Jazz has always been a space of absolute musical freedom. And it doesn’t have to be some free or impromptu trips or other rather ruthless extempore. I also mean freedom in sound or instrumental cast. The eponymous debut of the Treetop trio will serve as a good example in this regard.

The three-member formation consisting of Vojta Drnek, Richard Šanda and Michal Šelep is based on an unconventional instrumental combination. The accordion and trombone stand in the center, and the classical double bass takes care of the rhythm. Both leading instruments are no exception in jazz, but they do not meet so often. The trombone prevails in many places, the accordion rather evokes ideas of works influenced by world music and Balkan influences. But here it turns into a purely jazz instrument (if something like that can be written, already with regard to the free will of the genre). 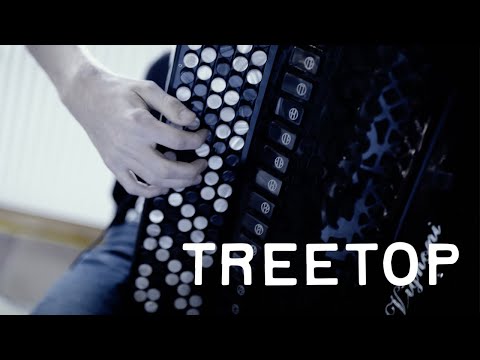 Vojta Drnek is able to move smoothly from role to role: from a soloist through a partner in a dialogue with a trombone (“How Do You Feel?”) To a humble side-man. In all cases, the accordion colors the Treetop music into specific shades and harmonic intersections with both other instruments. Richard Šanda will not be embarrassed. He can be hungry lyrical (“Cold & Late”) and dramatically dark, he is capable of music smash on irregular melodic and sonic shards. The third party, the double bass, is a stable foundation on which both instruments can rely. In eight of the thirteen cases, the gentlemen reached for their own repertoire, the remaining compositions are newly arranged pieces by other authors. The selection shows their scope – there are compositions from the classics Béla Bartók (“Andante” and “Grave” taken from the cycle “14 bagatelles”) or Edvard Grieg, but there is also an almost unrecognizable reworked folk song “Koulelo se, koulelo”. At the same time, they all adapt Treetop to their own image, they find in them atmospheric passages, which have an almost Middle Eastern touch (“Melodi from Lyric Pieces”) and frenetic bursts of energy (“Blues In T”). There is a space for everything that is supremely filled. On the other hand, fifty minutes of footage will cause the attention, unfortunately, to subside. Cleaning the record in about ten to fifteen minutes, no matter how easy it is due to the energy hidden in the material, would only benefit the whole. On their debut, Treetop create their own musical worlds: dark, melancholic, playful, cheerful, unnerving. Moods change with each song, but this expression and sound is a well-thought-out recording, both experimental and traditional in the right places, very consistent and whole. Fits winged here: There is still something to discover. This is definitely true of the creation of this trio.