The year is 1998, I was studying at college and studying hard to not lose the scholarship, there were parties, college is always a wonderfully busy time, and then one day, someone from the crowd suggested we go see a friend play and we went, with no great pretensions for the night, we arrived at what my memory can remember, a place not fancy with a stage not very big. I just know the band joined and we could only comment “What happened here?” at the end of the night, because it went dancing from the first song to the last and the last “Thank you!” of the big band. I had to ask the people I was with about that night, to be sure of my memories and the answers were all “my god what night was that” or “unforgettable” or “one of the best nights of my life”.

It was exactly this feeling of pleasure that came to me when I was called to interview the Funk As You Like, to whom I refer in the story above. More than 20 years later, the band formed by Maestro Tiquinho (Trombone and arrangements), Reginaldo 16 Toneladas (Trumpet), Hugo Hori (Sax and Flute), Kito Siqueira (Baritone sax), Paulo de Viveiro (Trumpet), Kuki Stolarski ( Drums), Renato Galozzi (Guitar), Eron Guarnieri (Keyboards), Sérgio Bártolo (Bass) and Gustavo Ceki (Percussion), became famous because she absolutely deserved it, recorded with big names like Elza Soares, Paulo Moura, Sandra de Sá , Oswaldinho do Acordeon, João Donato, Thaíde, so on, only the heavyweights of Brazilian music, and the party continues, on Saturday, 04.12, they make two presentations at Blue Note SP, to celebrate their return to the stage after the pandemic and this long and beautiful road. 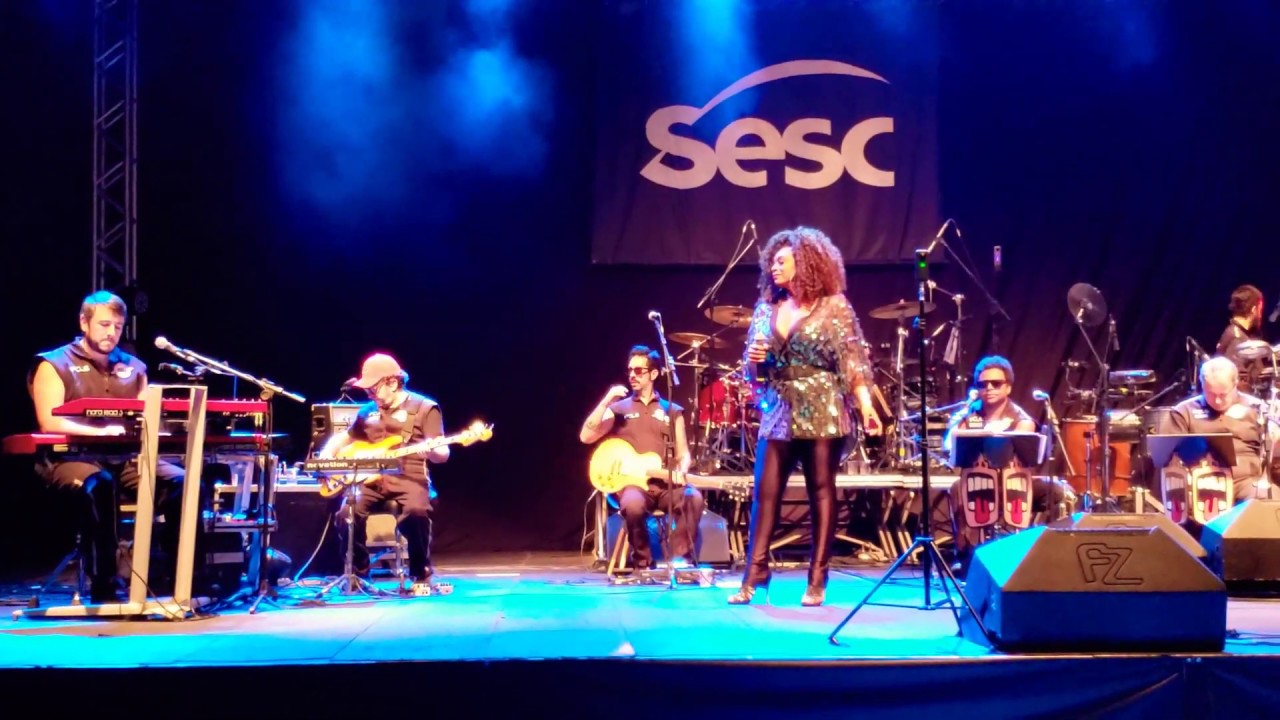 FCLG and Paula Lima in a presentation at a Sesc SP unit photo: reproduction

Adriana Arakake: How did you meet and how did you come up with the idea of ​​setting up Funk Como Le Gusta?

FCLG: FLCG is, in principle, a group of friends. all members of the original formation already knew each other and participated or participated together in other works. Back in 1997, some of these members decided to get together for some “jams” that started in a home studio and then migrated to some bars. But, at that moment in question, the night in São Paulo was a bit still, the houses and stages were small, there was not much new happening, so we thought about having our own party. Someone discovered a music school called Annex Domus in Pinheiros, which had a space at the back, with a stage and a small hall without any structure, but we decided to face it. With the help of other friends in sound, light, projections, reception, etc. On the first night, 450 people showed up and the success was repeated and increasing, hence the band.

AA: That’s exactly the place I remember. What were the most memorable presentations for you?

FCLG: We are a band that has always valued live performance a lot. For us, the audience is part of the show and we’ve always had this interaction, in almost all the shows we’ve done and there have been many throughout our career. So that makes our performances unforgettable. Of course, some are more important, such as album release shows, big stage shows, or with very special guests. But it’s hard to even name just a few.

AA: What is FCLG’s recipe for making every show a party?

FCLG: We’ve always valued essentially dancing shows and we try to lead the audience into this relaxed ballroom atmosphere.

AA: You guys are constantly renewing, what changes have been the most significant since the first record?

FCLG: I think that all of us, individually, change attitudes over time and this reflects in our music production. And each album of ours shows exactly the moment the group is experiencing, due to the dynamics of each member.

AA: Of the 4 albums released, do you have any favorites?

FCLG: All are children, right (laughs). You don’t have a favorite. But our audience, due to the response we had and have in terms of sales, streaming, etc., consumes more of our first album, “Roda de Funk”.

AA What are the biggest influences of FCLG?

FCLG: Being a big band, there are 10 people, each one brings their personal contribution in the compositions and interpretations. But, the first inspiration of the group as a whole comes from great bands and musicians from the Brazilian and American seventies Black Music and also from Latin music.

AA: Do you have different trajectories as well as work with other artists, do you think together about albums and shows? How does this chemistry work so well, for so long?

FCLG: We always debate all our decisions as a group. The songs, whether for concerts or records, are decidedly raised and polished in rehearsals. The overall work is divided among the members. Over these more than 20 years, we have all discovered how we can contribute to the whole. Each one doing their best, in their best extra stage skill.

AA How did they adapt to continue producing during the most closed period of the pandemic?

FCLG: We haven’t really adapted, we’re literally in a kind of production vacuum. We continued talking, taking care of the company, planning the future, we even made a new composition in the quarantine mold, each one in his own home. But, we don’t get into the pile of incessantly producing content, or making lives. We just maintained the confidence that this terrible period was going to pass and we waited to safely resume our activities.

AA: What can audiences expect from these Blue Note shows? Is this your first post pandemic presentation?

FCLG: This show will definitely be very special. We’ve never had such a long period of time away from the stage. And it will be special also because our last show before the isolation, imposed by the pandemic was exactly at the Blue Note. It couldn’t be better for us if the first one in the retake was in the same place. We come back…

Yes! They are back! Saturday will be the day of Baile Soul, the mix of soul, funk, samba, always vibrant Latin music, the 4 albums released, the surprise guest appearances, everything will be there. I had the honor of watching and talking to several musicians, bands that made their first post-isolation presentations and it was a thrill, with FCLG it will certainly be no different and I’ll take this opportunity to celebrate my more than 20 years dancing at the party that is Funk Como Le Gusta, relive everything I felt in their first concerts in the Domus Annex. My affective memory thanks you. I can’t wait.

Adriana Ararake is a DJ and an expert in Jazz, Soul and Blues for Music Non Stop.