Tracking an exoplanet is something complicated to be done, even more when the exoplanet is very far from its star, so the use of the transit technique, the one that observes the star’s light fall with the passage of the planet in front of it, is ineffective for its detection. But if the exoplanet is so big that it has its own infrared glow, no matter how far it is from the star, things get a little easier. At least these properties, the size of the exoplanet, and its distance from its star, allowed astronomers at the University of Hawaii to track a specific exoplanet with a curious name, Coconuts-2b.

Astronomers are creative to name their projects but this one seems to have surpassed anything you’ve seen, the project is called Cool Companions on Ultrawide Orbits, or Coconuts, in Portuguese it would be something like cold companions in ultra long orbits. This newly discovered exoplanet is about times the size of Jupiter and is located at a distance equivalent to 6000 times the distance from Earth to the Sun. 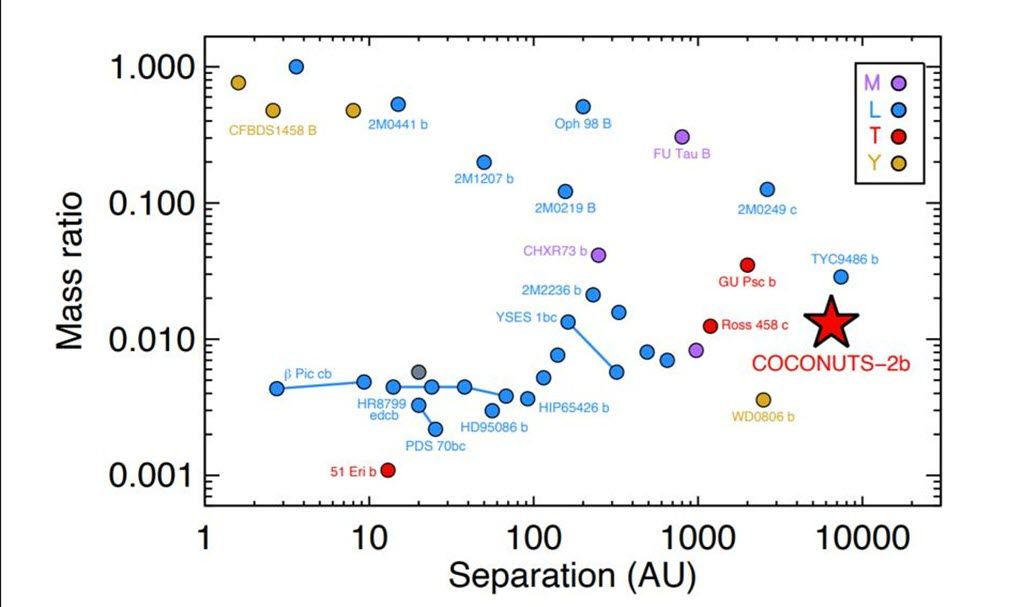 This incredible distance made the astronomers who originally discovered the planet in 2011 to think it was an orphan planet, that is, a planet that orbits no stars and is roaming the galaxy. They were only able to see the planet because of the planet’s own infrared glow generated by the remaining heat of its formation.

New, more recent research has shown that Coconuts-2b actually orbits a star, L-34-26, only at a great distance. The system is not far from Earth, just 35 light-years away, and is one of the closest astronomers have ever encountered. It is also not the most distant exoplanet from its star, as there is another one that is 7400 AU away from the parent star.

The experience of living in such a world must be something very different than living here on Earth, night and day on this exoplanet must be very similar, the star must appear just as a red dot in the sky. This planet also provides a very interesting idea about planetary formation and evolution, of what must have happened here in our Solar System with Jupiter and Saturn. 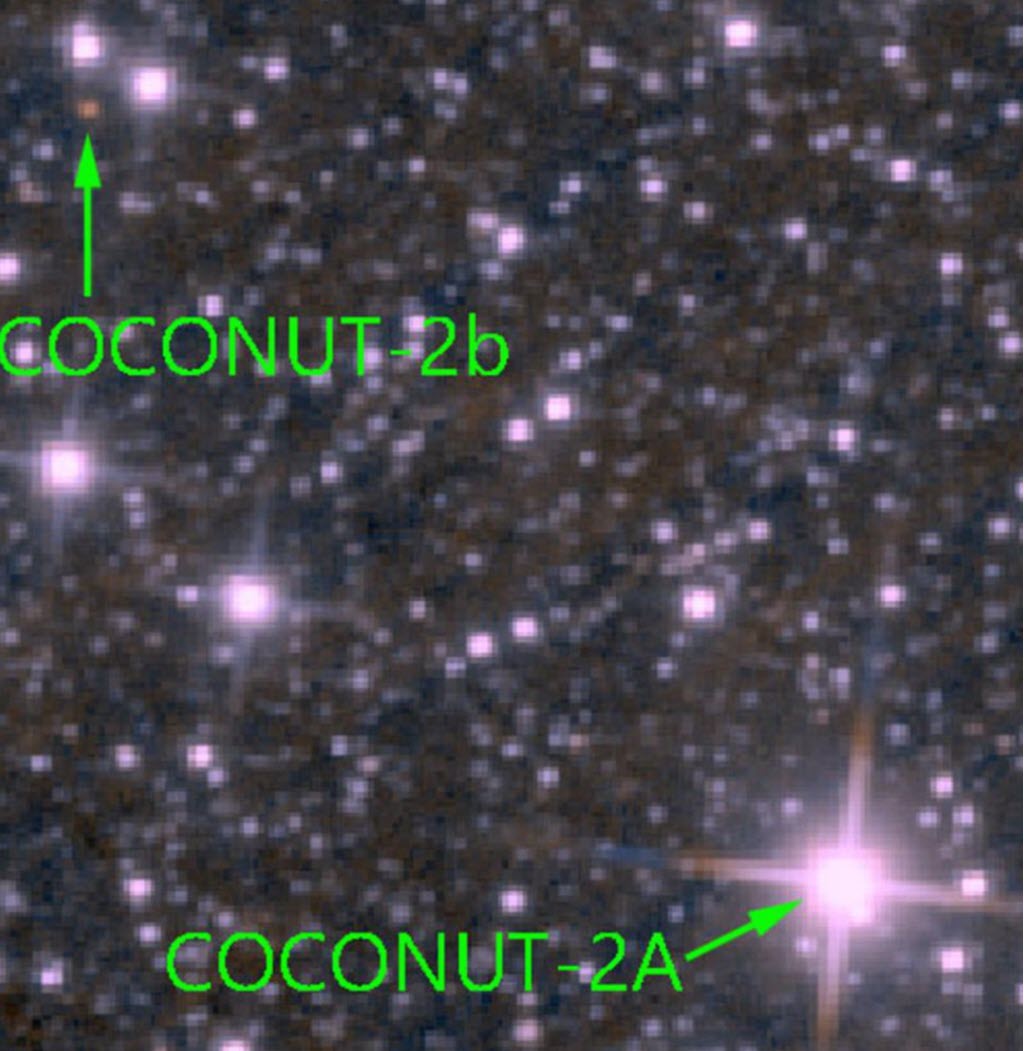 Astronomers Find a Huge Planet Orbiting its Star at 6,000 Times the Earth-Sun Distance