Elon Musk said that SpaceX’s Starlink internet service plans to roll out nationwide in the United States this month or by the end of October.

(Photo : by Mariana SUAREZ / AFP)
This long-exposure image shows a trail of a group of SpaceX’s Starlink satellites passing over Uruguay as seen from the countryside some 185 km north of Montevideo near Capilla del Sauce, Florida Department, on February 7, 2021.

As per Tesmanian, SpaceX’s satellite internet has already reached 16 countries in total even as it is still in the beta phase, which includes more than 100,000 customers in nations like Canada, Australia, and the United Kingdom.

Meanwhile, Starlink said on its website that during its beta service, its internet speeds could range from 50Mb/s to 150Mb/s. On the other hand, the connection latency could go up to 40ms or 20ms at a minimum.

The internet service firm further warned that the internet connection could be unavailable at times during its “Better Than Nothing Beta” phase.

However, the company assured that the said issue and connection quality are expected to significantly improve as the Musk-led firm installs more satellites.

Now, Elon Musk, the CEO and founder of Starlink, revealed on his Twitter that its nationwide rollout is coming to its US users soon. 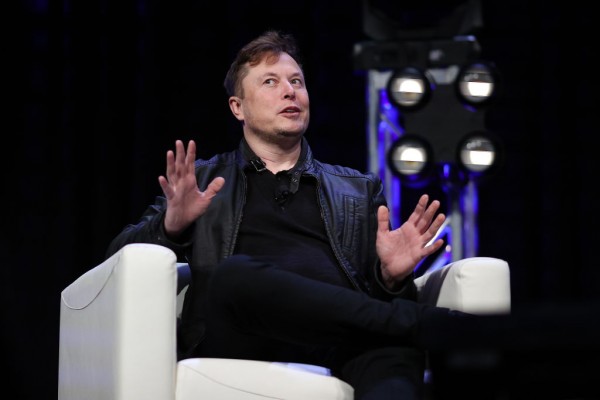 (Photo : by Win McNamee/Getty Images)
WASHINGTON, DC – MARCH 09: Elon Musk, founder and chief engineer of SpaceX speaks at the 2020 Satellite Conference and Exhibition March 9, 2020 in Washington, DC. Musk answered a range of questions relating to SpaceX projects during his appearance at the conference.

The billionaire Starlink exec further invited his Twitter followers to sign up as early as now before the slots run out due to the upcoming wider rollout.

Answering one of the queries from the social media platform, Musk disclosed that Starlink plans to roll out nationwide before October comes to an end.

However, the Starlink boss noted that the initial rollout will still be the limited number of users depending on location.

That said, subscribers of Starlink in locations where there are numerous users could expect the service to be unreliable on its initial rollout.

Musk went on to assure that the internet quality, along with the user limitation, “will improve as more satellites are launched.”

Should be nationwide rollout by end of month. Note, still limited by peak number of users in same area.

This will improve as more satellites are launched.

As such, its users will have to wait for Starlink to launch more satellites to fully enjoy the wireless low-latency service that the firm promises, according to Mashable.

It is worth noting that Musk clarified that Starlink is actually meant for locations that are not crowded by too many people. With that, its users could expect issues in areas where the population is highly dense.

Read Also: SpaceX’s Starlink to Launch Satellite Internet Service in the Philippines, a Country With One of the World’s Worst Internet Connections

Elsewhere, last Sept. 25, developers outside SpaceX’s Starlink shared that the satellite constellation of the space exploration firm could soon expand from providing low latency broadband services, as per Space.com.

To be precise, the engineers claimed that Starlink could extend to releasing its GPS functionalities.

The engineers further said that the GPS feature from the Starlink satellites could be comparable to the similar function that current smartphones offer.

On top of that, they also noted that the cube sats of the internet service provider could also be used as GPS machines.

Related Article: SpaceX Starlink Broadband Internet Service To Go Global This August? It Could Fill the Gap Between 5G and Fiber