The ALICE experiment at the Large Hadron Collider, the LHC, has managed for the first time to measure a phenomenon known as a “deadcone”, something like a cone of death, which is allowing physicists to directly measure the mass of a fundamental particle known as a “charm quark”. ”.

Many particles that make up the visible universe around us are actually composed of much smaller fundamental particles known as quarks. Protons and neutrons, for example, have 3 quarks each. There are six different, shall we say, flavors of quarks, the up, the down, the top, the bottom, the strange and the charm, each with different masses, spins, and other quantum properties. Different combinations of quarks also form different particles. The quarks are held together in these composite particles by the so-called strong force, which is transmitted through massless particles known as gluons. Collectively, quarks and gluons are known as partons.

At the Large Hadron Collider, the LHC at CERN, which is near Geneva, Switzerland, protons are accelerated by intense magnetic fields through a tunnel of about 27 kilometers with energies reaching 6.8 TeV, before colliding with others. particles. Collisions produce a true cascade of particles, which emit or decay into more particles, and so on in this cascade, it is the study of this cascade of particles generated by the collision that gives us an idea about the fundamental physics of particles.

In particular, quarks and gluons are produced and emitted in a cascade called a parton shower, where quarks emit gluons and the gluons in turn can emit other lower energy gluons. 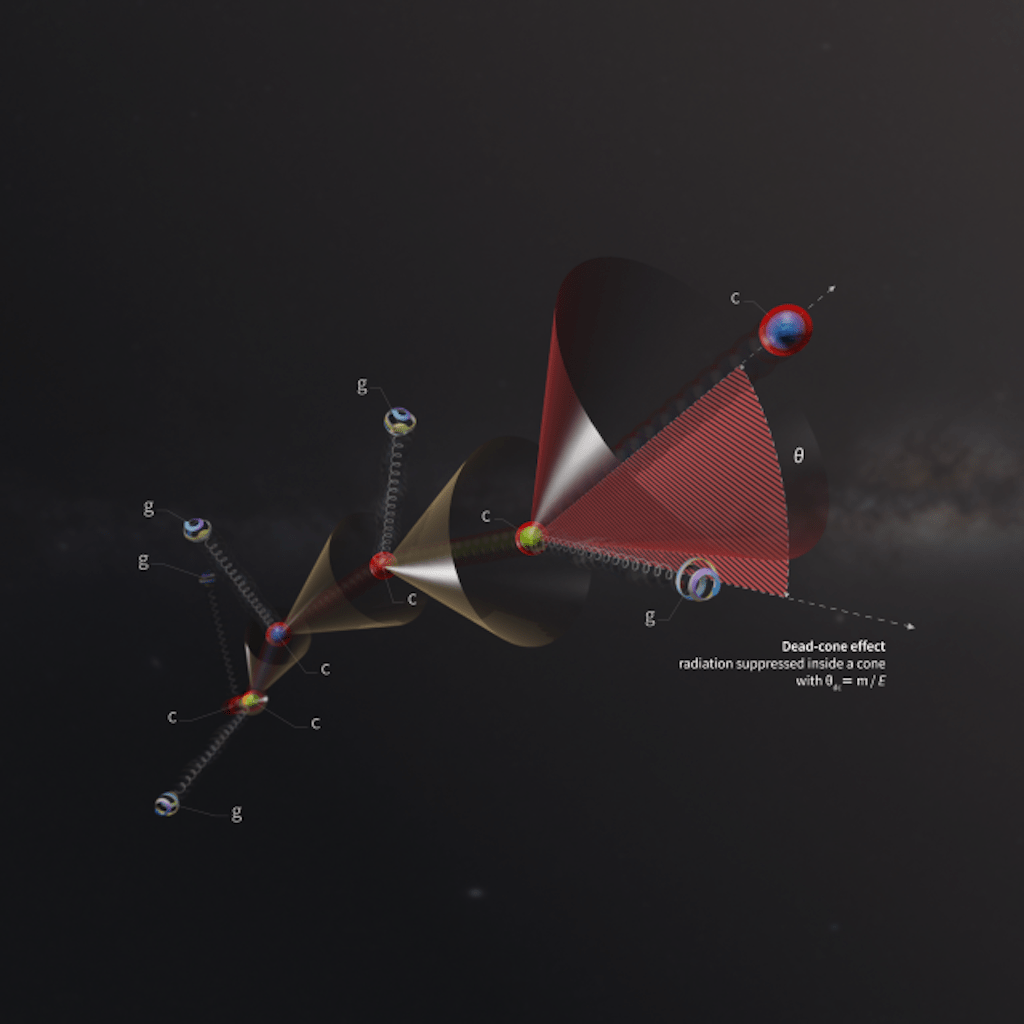 Scientists working at ALICE (A Large Ion Collider Experiment), worked for 3 years on collisions between protons to find evidence of the so-called cone of death. According to the theory of quantum chromodynamics, or QCD, which describes how the strong force works, the cone of death is a region where partons of a certain mass and energy do not emit gluons.

It is very challenging to observe a death cone directly. Part of this difficulty lies in the fact that the cone of death can be filled with other subatomic particles created during collisions between protons, while tracking a parton’s movement through the shower as it constantly changes direction, which is quite complicated to do.

To solve this problem, the scientists working at ALICE have developed a technique where they are able to rewind the parton shower recording, allowing them to work where and when the parton shower products are emitted. In particular, they look for showers that surround a charm-type quark. As they then succeed in deconstructing these showers, the scientists find a region in the pattern of radiation from a gluon emitted during parton showers where gluon emissions are disrupted, so there is the long-awaited death cone.

This result is very important not only because it verifies a prediction made by QCD theory, but also because it now provides an opportunity to directly measure the mass of a charm quark, which in theory and through indirect measurements puts it at 1275 + – 25 MeV/cˆ2. According to the QCD theory, the cone of death is directly related to the mass of the parton, and massless particles cannot produce a cone of death.

The masses of quarks are fundamental quantities in particle physics, but they cannot be accessed and measured directly in experiments because, with the exception of the top quark, quarks are confined within composite particles. As such, the discovery of the cone of death could pave the way for a new era in quark physics. 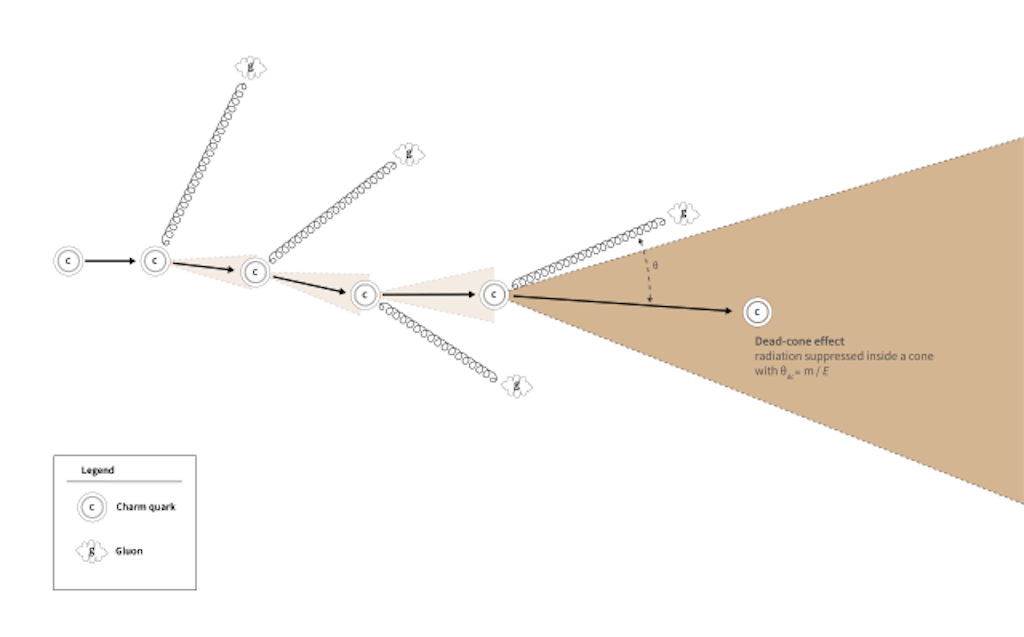