With more than 700 Martian earthquakes, so-called martemotos, detected so far, scientists are beginning to get an increasingly clear picture of the internal structure of Mars, something totally unprecedented in the centenary history of exploration of the Red Planet.

These earthquakes showed that Mars has a liquid metal core, a thick mantle with a rock layer above a more fluid layer, and a crust that is proportionately thicker compared to Earth’s crust.

The seismometer on Mars that made these discoveries is called the Seismic Experiment for Interior Structure, or SEIS, and is part of the NASA mission known as InSight, which stands for, Interior Exploration using Seismic Investigations, Geodesy and Heat Transport. lander, in other words, a platform that lands on the surface of a planet and stays there, without moving.

The earthquakes detected by SIX can be much more subtle than those detected on Earth, as Mars is totally free of all seismic noise generated by the oceans and our planet’s thick atmosphere. Instrument SEIS has been monitoring Martian earthquakes since November 2018.

When seismic waves travel from their point of origin to the seismometer on the surface, the way they reflect and refract in the planet’s different rock layers reveal the internal structure of Mars. What one looks for when doing a seismic experiment is basically the earthquake’s echo, that is, as if it were the sound of the earthquake, the waves generated by it, which reflect on the layers on the subsurface.

Each new earthquake detected is another piece in the giant puzzle that researchers use to build the best picture of the interior of Mars. 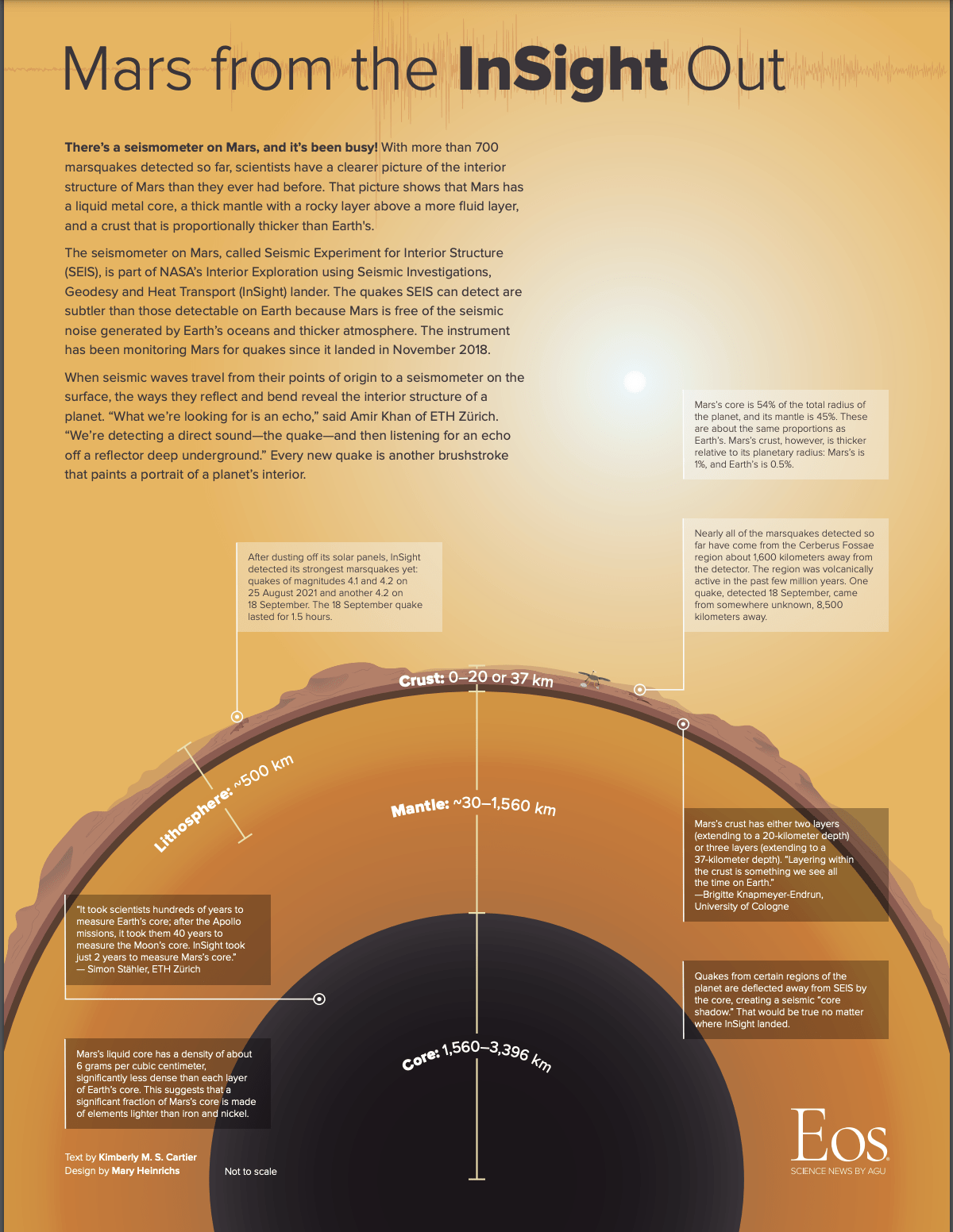 Mars from the InSight Out