A journey of 238,000 miles (384,400 km) starts with a single step on the gas pedal. NASA has sent out an official request seeking help designing a new (or maybe not so new) vehicle to make that first small step and get astronauts to the launchpad and on their way to the moon.

The vehicle will be used for Artemis II missions, which means that the new vehicle will be the last form of terrestrial transportation some astronauts experience before going to the moon. As such, it’s pretty important that the vehicle be reliable. But NASA wants more than just reliability.

“The proposals should be unique, embrace new technology, and visually embody Artemis to the public,” NASA wrote in a statement. “The vehicle will need to seat eight, including four fully suited crewmembers. Through this partnership, the agency will engage the Artemis generation from ride-out to touch-down, while inspiring the next wave of explorers.”

The eight people the new vehicle will have to seat are the driver, four fully suited flight crew members, a suit technician, a flight operations officer, and one Protective Services Agent.

NASA writes that the astronaut crew quarters are nine miles (14 km) from the launchpad, so it’s not an insignificant distance to travel, especially since half of the passengers will be fully suited for their journey to outer space.

From the sounds of it, though, NASA isn’t too unhappy with its current form of transportation, the Astrovan, because it also said it would consider proposals to refurbish it. Used since 1984, the vehicle is based on an Airstream motor home that is modified for astronaut transportation.

Fitted with gold drapes, dark-wood paneling, and dark blue seats, the look is either classic or in need of some updating, depending on your point of view.

It does, however, come with lift-out sections to accommodate the ventilator units used to cool astronaut’s bulky orange launch-and-entry suits.

“This is the only place that they have liquid air. And liquid air is really, really good. We have this cooling garment that circulates water cooling and in the hot Florida sun it’s nice to have it,” said Ferguson. “But they plug that liquid air into you and it just blows this cool air throughout your suit, and it’s really nice because it actually dries you. It’s like a special treat on launch day.” 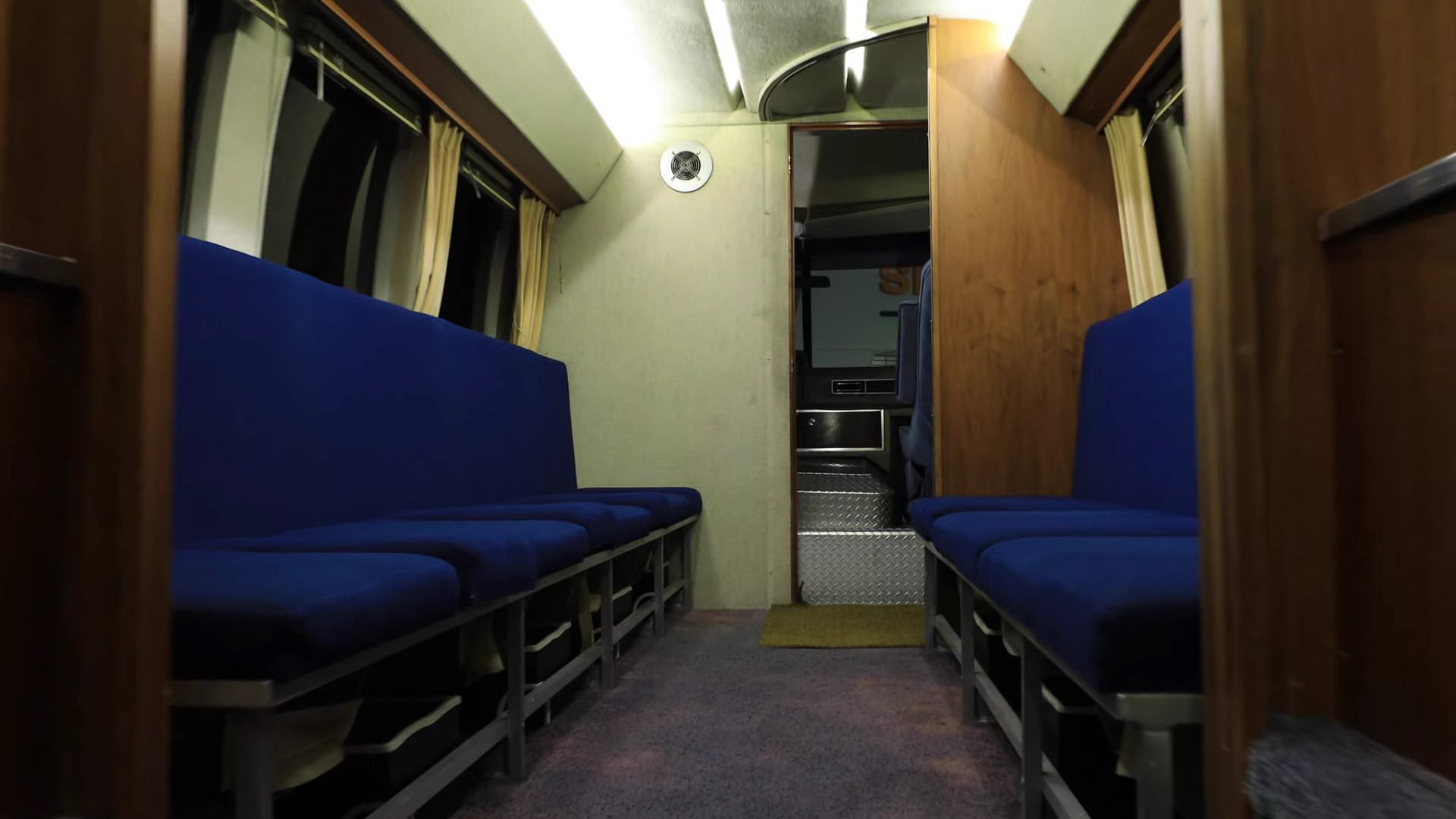 This isn’t the first time that NASA has tried to replace the vehicle. Back in 2011, Ronnie King, one of the Astrovan’s five drivers, said that the administration was looking to get a new vehicle but rookie astronauts are the ones who really wanted to keep the vehicle since it was steeped in tradition.

“Actually traditions are important in a business like this to keep everybody connected at some level,” said STS-135 Mission Specialist Sandy Magnus. “To have something like this continue to be a tradition is really important.”

So, there will be big shoes to fill if NASA finds a new vehicle for Artemis II. The mission will see astronauts using Orion spacecraft to return to the moon, the first step in a series of missions that seeks to eventually fly missions to Mars.

Now that the request has been sent out, NASA says responses are due by October 22.