Technology is being developed in the Western Cape that could change space travel as we know it. South African company Hypernova Space Technologies is on the verge of launching an innovative satellite thruster system that could revolutionise the way we move satellites in space. The humble company has been quietly operating in the town of Somerset West building the world’s only commercial electric propulsion system designed for satellites. The aptly nicknamed  ‘sparkplugs in space’ look like large Lego blocks. They where designed by Hypernova founder Jonathan Lun that was looking for alternative rocket fuel solutions almost a decade ago when studying at the University of Witwatersrand. 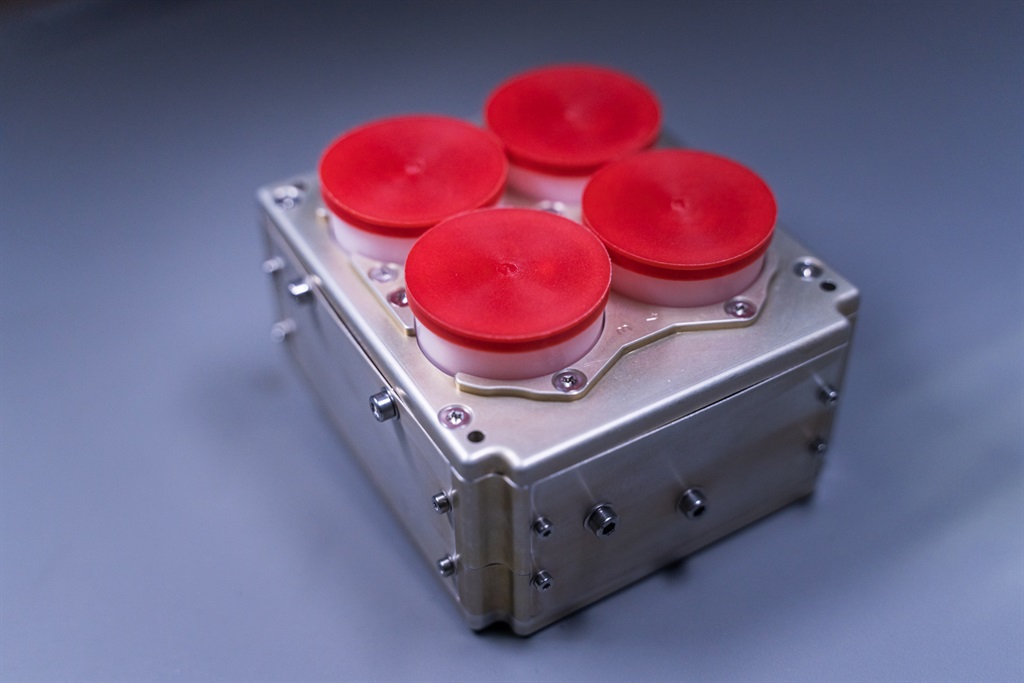 “In my mind, today, going into space is still a lot like camping, you take your hardware, and you take your fuel, and your food and your clothes, everything and you put it in the back of your truck, and you drive off into the wilderness and have a great time, have a braai have a good sleep. But then when everything’s finished, you have to go back home again, right?” said Lun from their offices.

“That’s just not going to work if you want to have a sustainable permanent presence in space. With all the amazing space research that we’re doing, there is still this gap. And we wanted to find ways to how can we address that.

“The initial core technology that we’re bringing to market is the result of some studies that I did, back when I was a student, Masters and PhD level, on this very interesting technology that can actually take metals and turn it into essentially rocket fuel.” The system is designed to be customizable with a “plug & play” approach. This makes it easy to integrate into other small satellites. Photo Jay Caboz.

The science behind the design is based on research done in the 1960s. In the 1990s NASA investigated further building prototypes, only to abandon the research in favour of other projects. It lay dormant until Lun dug it up and he thought why hadn’t anyone taken it further?

“It creates a Vacuum Arc discharge between two electrodes in zero gravity. The electrodes erode over time, and it creates a bright jet of fast-moving plasma, that creates a bit of force which can push a satellite.”

The breakthrough technology burns metal as a rocket fuel, as opposed to other propulsion systems that use expensive rare gasses.

“Most satellites today use rare and exotic fuels that can only be found on Earth in the form of these rare gases. The satellites get filled up with these gasses and then are deployed into space. Once they use up the fuel it can never return, and it’s lost… and then that’s it, that’s the mission.  We thought, how can we change that.” The science behind the design originates in the 1960s. IN the 1990s NASA took a stab at it but abandoned the project. Then Lun came along and thought why anyone hadn’t taken it further. Photo Jay Caboz.

The solution was developing a way to cause an electric reaction to vaporise metal for fuel to create a jet of fast-moving plasma that propels the satellite along. The reason? Metals can be found in abundance not only on Earth but also throughout the solar system. Prototypes are tested in these machines that imitate the rigours of space travel. Photo Jay Caboz.

“We could find them anywhere else in space, metals from the moon, metals from asteroids, metals from space junk, and then we’ve essentially decoupled ourselves from a limited resource and are saying, let’s actually live off the land, we can, we can build something that is truly scalable and sustainable.” This is what goes inside the ‘lego block’ covering. Photo Jay Caboz.

Which is key toward making space travel cheap and sustainable with the technology potentially going as far as recycling space junk to power satellites one day.

“There’s a huge drive for making sure that space is sustainable, and you don’t create a whole bunch of space junk. So, satellites need to have propulsion, so they can avoid colliding with each other and creating more space junk or disposing of themselves at the end of their life.” For now the thruster system is designed to fit the smallest of satellites known as CubeSats (10 cm cubes), about the size of a large briefcase. According to Lun, the thrusters can cut down on warm-up time; the risk of fuel leakage; as well as add more flexibility to flight paths and operating conditions. Thus, making it easier for scientists to keep satellites on trajectory, avoid collisions, and other critical in-orbit manoeuvres – at a lower cost. 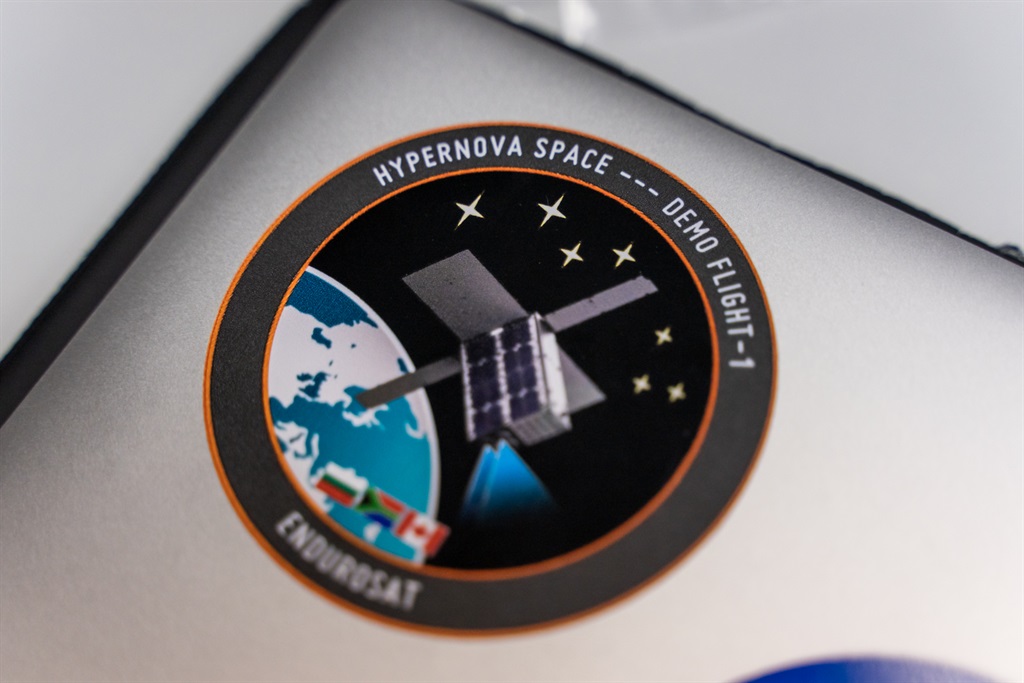 According to Lun, the thrusters can cut down on warm-up time; the risk of fuel leakage; as well as add more flexibility to flight paths and operating conditions. Photo Jay Caboz.

The system is designed to be customisable with a “plug and play” approach. This makes it easy to integrate into existing small satellites.

The demand for more flexibility in space will be more important than ever. There are some 3,200 nanosatellites already floating freely in orbit, and thousands more expected to be launched by the likes of governments, researchers, and private companies like SpaceX’s Starlink, that wants to put 42,000 into space by 2027.

“We started by building a product that the market in the space industry needs now, not just 20 or 30 years into the future. And what’s quite key to the industry is to achieve something, what they call flight heritage, which means you’ve flown it, it’s flown in space before, you’ve shown that it works.” The thrusters are assembled in a lab-like environment. Photo Jay Caboz.

Their work has been recognised by some of the space industry’s most forward-thinking players in Space exploration. They’ve got backing from the likes of MIT, the European Space Agency, grant funding from the South African Department of Trade and Industry, and Stellenbosch University.

“We went from first hire to flight hardware in 18 months. That’s really, quick. There are other companies building propulsion. But they’ve raised millions of dollars and taken years to get to this point. And we did it with a fraction of the time and a fraction of that money. Hopefully it keeps going.”

Hypernova’s thrusters are to be integrated on Bulgarian-based EnduroSat’s 6U Shared Satellite Service on its first mission in space. The mission is due to take off on a SpaceX Falcon 9 RideShare which is set to launch in June 2022.

Get the best of our site emailed to you every weekday.

Go to the Business Insider front page for more stories.